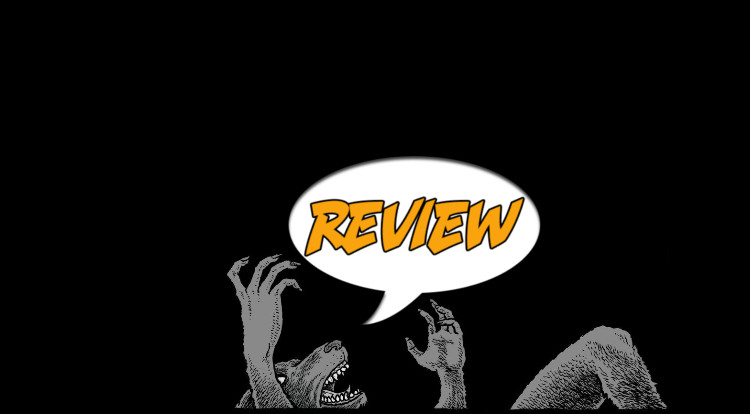 Defrost is a poignant look at the struggle of moving out into the world and trying to build the life of an artist. DEATH OF A DREAM

Defrost is a stunning offering from this week’s Comixology Submit group. Nick Mullins has written a loving and dark look at a younger person’s struggle being on their own for the first time and trying to balance survival and one’s identity and future as a creative. Lucia is an artist trying to make it on her own in New York City and she deals with the battle for self-sufficiency in a truly compelling way that only someone who had been there could put on the paper.

Lucia has a plan going into Defrost. She has moved to the city, put up her wolf poster in her new apartment, worked on her art that features a lot of wolves, waits for her friend to come down and split the rent and is dreaming a lot of dreams populated with wolves. Before Defrost is even underway Mullins throws multiple wrenches into her plans, while at the same time offering the protagonist opportunities that she perhaps doesn’t view in the same way.

Mullins confronts in the dialogue and the overall narrative of Defrost the balance between staying true to one’s art and putting food on the table. Not even her mother – much less her best friend – believe that she could have success in her field of choice and their prophesies ring through when Lucia is forced to consult real world jobs that have little-to-nothing to do with who she is as a visual artist and a creative individual. The persistence of this theme and the angry tone with which it is addressed would seem to suggest that Mullins suffered from this a lot in his own life. The autobiographical overtones in Defrost make the drama at the same time both more private and more believable.

As Defrost continues and Lucia is forced to make more and more concessions in order to struggle – rent money is the main crux of this particular narrative – the wolf imagery in ramped up. It’s an interesting representative totem on Mullins behalf before wolves are loners by nature and Lucia has no meaningful interaction during the course of this issue with someone who doesn’t drive her insane.

When a final concession is made in Defrost Lucia awakes from a dream and Mullins has her discover a baby anthropomorphic wolf that she injures, with a strong implication that she’s killed it. In a very real way this is an allegory for her admission of the death of a dream. This is absolutely a strong and striking visual representation of the battle our leading lady has undertaken in this issue, but it rings true and the bold narrative device pays off for Mullins.

Defrost is a very thoughtful story that anyone with great aspirations can relate to and it’s presented in well-crafted manner with imagery that has been carefully considered. An issue like this exemplifies the kind of gems that can be found self-published on Comixology.

Nick Mullins is someone to watch out for and Defrost is worth taking the time to read through.

Writer Nick Mullins is also on art duties in Defrost. His style is all loose linework and sketchy shading. He has developed a style that’s reminiscent of Alison Bechdel and her similarly auto-biographical comics. Lucia has a strong character design that Mullins wears down over the course of Defrost as her life slips further and further away from the ideal she had built up in her mind.

Mullins also makes use of light and dark with great aplomb throughout Defrost. Whether it be to illustrate the passage of time, added stress or a reverie-like state of mind he knows when negative space is appropriate and how to make it most meaningful.

Defrost is a dynamic and striking visual story.

Defrost is great. It’s clever. It’s poignant and, in the end, it kind of hurts. You’ll really feel something after you read it.

Defrost tells the story of what happens when Lucia's expectations melt a way and she is left holding her dreams in her hand. It's an amazing issue.