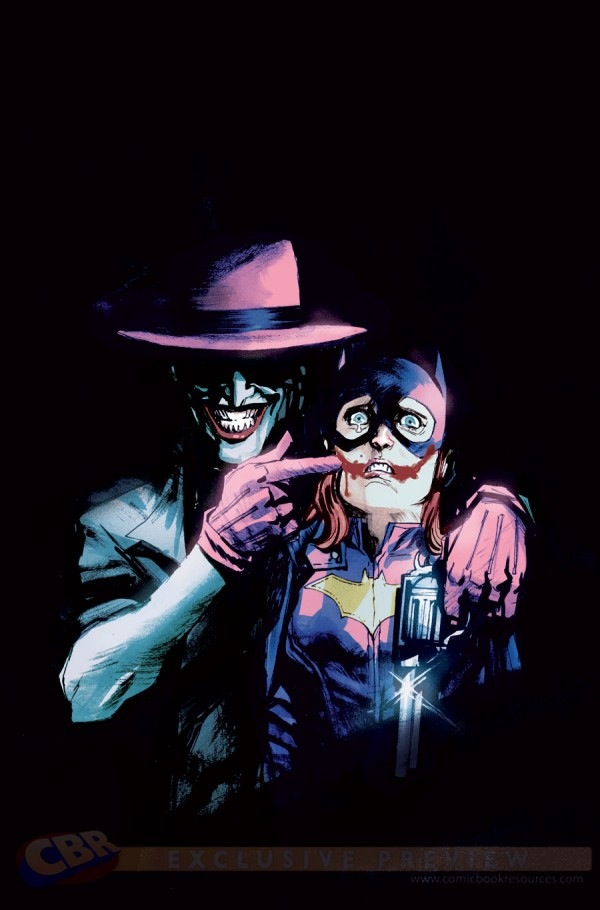 You’ve probably heard or seen the controversy regarding the Rafael Albuquerque variant cover for Batgirl #41. It caused quite a stir online, and yesterday DC announced it was canceling the variant at the request of the creative team.

The variant cover in question is a reference to The Killing Joke that featured The Joker brutally assaulting, shooting, and ultimately crippling Barbara Gordon in The Joker’s attempt to push her father, Jim Gordon over the edge, and coax Batman into killing the Clown Prince of Crime. There is also the implication that the Joker raped Barbara, though it has never been stated as happening by anyone at DC (for obvious reasons).

While The Killing Joke has become one that many people remember vividly, the question of how appropriate the cover is in light of the more inclusive tales being told in the current series was brought up on social media last week.

In response to the overwhelmingly negative reaction, artist Rafael Albuquerque shared a statement with CBR on why he made this cover.

My Batgirl variant cover artwork was designed to pay homage to a comic that I really admire, and I know is a favorite of many readers. ‘The Killing Joke’ is part of Batgirl’s canon and artistically, I couldn’t avoid portraying the traumatic relationship between Barbara Gordon and the Joker.

For me, it was just a creepy cover that brought up something from the character’s past that I was able to interpret artistically. But it has become clear, that for others, it touched a very important nerve. I respect these opinions and, despite whether the discussion is right or wrong, no opinion should be discredited.

My intention was never to hurt or upset anyone through my art. For that reason, I have recommended to DC that the variant cover be pulled. I’m incredibly pleased that DC Comics is listening to my concerns and will not be publishing the cover art in June as previously announced.

With all due respect,
Rafa

I agree with Albuquerque that this is a scary cover and it is instantly recognizable, but with the direction the Batgirl book has been taking, this image is probably not appropriate even for a variant cover, or even a cover where current Batgirl readers aren’t familiar with the source material. For those who have been victims of violent acts, this cover creates a lot of negative feelings toward a book and character (Batgirl) that contradicts what the creators are trying to do.

I’ll be honest, I was hesitant to even include the image in this story, because I know it may affect many of you. But we can’t talk about this issue, if we don’t expose ourselves to what is at the core of the argument and examine it for ourselves.

DC Comics did respond, saying it was pulling the cover.

We publish comic books about the greatest heroes in the world, and the most evil villains imaginable. The Joker variant covers for June are in recognition of the 75th anniversary of the Joker.

Regardless if fans like Rafael Albuquerque’s homage to Alan Moore’s THE KILLING JOKE graphic novel from 25 years ago, or find it inconsistent with the current tonality of the Batgirl books – threats of violence and harassment are wrong and have no place in comics or society.
We stand by our creative talent, and per Rafael’s request, DC Comics will not publish the Batgirl variant. – DC Entertainment

From the PR side, DC Comics has done what it needs to do to try and calm those who are upset, but for me, regardless if the variant cover is going to be printed or not, the damage has been done. Those who were/are offended or troubled by the nature of the image have already been exposed to it. It isn’t something the publisher can put back in the box and hide. This is also true with Marvel’s Milo Minara Spider-Woman variant – though they didn’t use the work, those that love comics have already seen it because they read sites like Major Spoilers.

The damage is done.

According to Cameron Stewart the creative team on Batgirl didn’t know anything about the variant until it was revealed.

@macattack50 given that it wasn’t approved by us and contradicts the work we’re doing, yes.

Heidi MacDonald of The Beat, and former editor at DC Comics’ Vertigo imprint, confirms that variant covers are done outside of the editorial team, which means someone isn’t communicating with artists hired to do variants and the creative teams on the books.

Recently, The Major Spoilers Podcast featured an interview with Dr. Scott Robson, chair of Communication Studies at Fort Hays State University, where we discuss how communication fails, how audience become primed to receive a message, and how messages and intent can fall apart based on how people communicate, or in this case, don’t communicate effectively with one another.

Does this all boil down to miscommunication? Is it a case of someone on the DC team not being sensitive to the nature of the material being sourced and how it impacts an audience that is not the same audience from 30 years ago? Or is this an example of a company who is trying to be more inclusive, stumbling to change its future while still being too locked to its past?

Use the comment section below to share your thoughts and reactions to the variant cover, and how the publisher handled fans’ concerns.