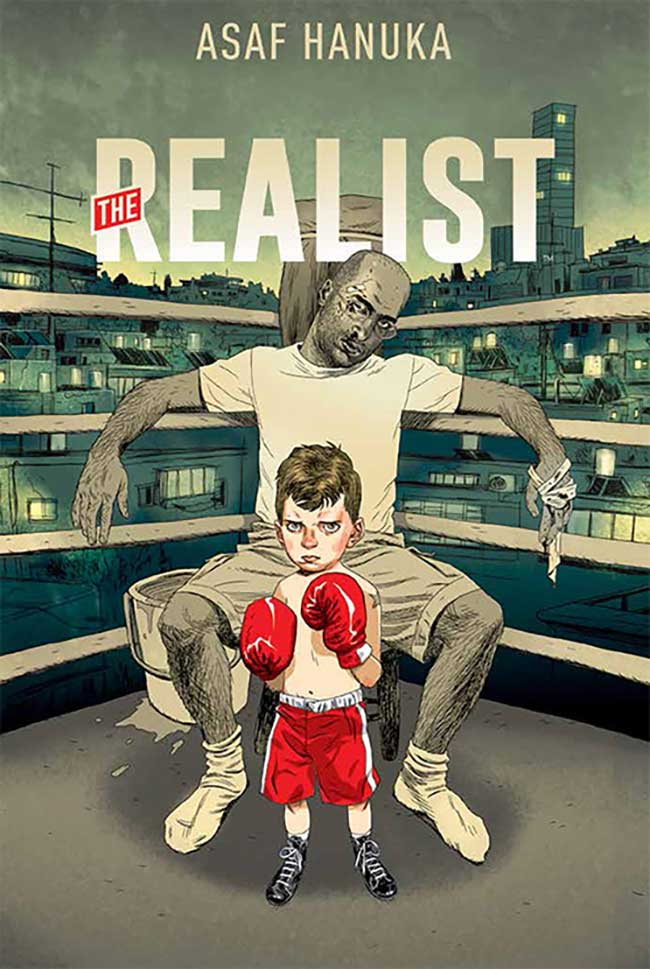 Archaia collects The Realist for the first time in English

Archaia, an imprint of award-winning publisher BOOM! Studios, is pleased to announce the April debut of acclaimed Israeli illustrator Asaf Hanuka’s autobiographical original graphic novel The Realist. Collecting Hanuka’s weekly strips in English for the first time, The Realist is an emotional, deeply personal commentary on his life and raising a family in Tel Aviv, Israel.

“Asaf Hanuka can say more with a single illustration than some people could say in a whole book,” said BOOM! Studios Editor-in-Chief Matt Gagnon. “The Realist is a rollercoaster of emotion, filled with humorous strips of trying to raise a family and stunning, quiet images of the dangers of a war-torn country. Marjane Satrapi introduced Western audiences to a post-Islamic Revolution Iran in Persepolis, and now Asaf Hanuka gives us a window into modern life in Tel Aviv with The Realist.”

Asaf Hanuka’s autobiographical webcomic, The Realist, began winning awards shortly after its launch, including a Gold Medal from The Society of Illustrators. Collected for the first time in English and including never-before-collected strips, The Realist delivers both honesty and whimsy from a master of his craft. With echoes of R. Crumb and Daniel Clowes, Hanuka moves readers with his depictions of everyday life, commenting on everything from marriage to technology to social activism through intimate moments of triumph and failure.

Featuring a trim size of 6.875 x 10.1875 and containing 192 pages, The Realist original hardcover graphic novel arrives in comic shops from Archaia on April 22nd with a cover by creator Asaf Hanuka for the price of $24.99 under Diamond order code FEB151166. The Final Order Cutoff deadline for retailers is March 30th. Not sure where to find your nearest comic retailer? Use comicshoplocator.com or findacomicshop.com to find one! It’s also available for order directly from boom-studios.com.