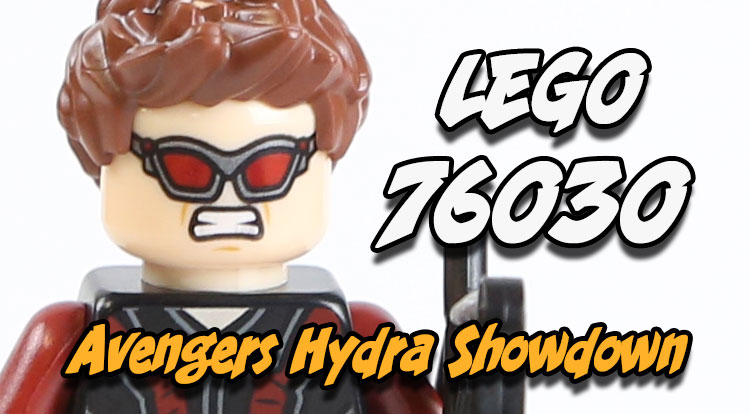 What are the Avengers doing this week? They’re bustin’ up Hydra agents, that’s what. Check out this Major Spoilers review of LEGO Marvel Super Heroes Set #76030 Avengers Hydra Showdown.

Track down the Hydra troops in the Avengers 4×4!

Join Thor and Hawkeye as they chase the Hydra henchman through the Sokovia winter forest! Place Hawkeye in the cockpit of the awesome Avengers 4×4 vehicle and accelerate away. When you have the Hydra offroader in your sights, fire the flick missiles from the rotating turret and swerve away from the offroader’s powerful stud shooter. Then launch Thor on his Super Jumper and disable the stud shooter with one perfectly aimed jump! Includes 3 minifigures with assorted weapons and accessories: Thor,Hawkeye and Hydra henchman.