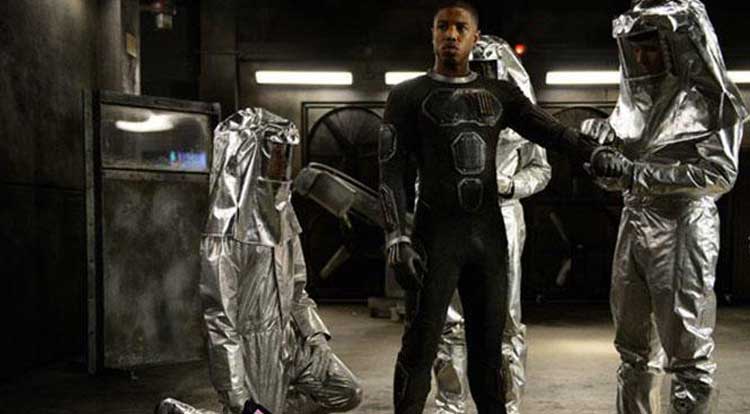 New images for Fantastic Four and release date for the sequel

Many were excited to see new images for the upcoming Fantastic Four reboot, but the studio decided to balance out those emotions by pushing back the already announced sequel.

New images from Josh Trank’s Fantastic Four hit the Internet today give us a better look at the suits for Kate Mara, Miles Teller, and Michael B. Jordan as Sue Storm, Reed Richards, and Johnny Storm respectively. Missing from this batch of images is Jamie Bell who is playing Ben Grimm aka The Thing, which if these images are just to show off the costumes makes sense since we haven’t seen The Thing in any of the promotional material yet.

And, let’s take a minute to thank Fox for keeping that and the other post radiation exposed powers close to the chest during the run up to the film.  Not putting all of the different character looks in the trailer (looking at your Marvel and Iron Man 3) gives fan something extra to look forward to when they head out to the theater. Let’s hope they are able to keep it that way up until the release date in August.

On that note, make sure to change your 2017 calendars so you make sure you don’t show up at the theater a week early for the Fantastic Four sequel. With the announcement of the Star Wars spin-off, Rogue One, Fox was quick to bump Fantastic Four 2 from June 2, 2017 to June 9th. The move gives a two week buffer between Rogue One and the sequel, giving Fox a better shot to get their film into the number one spot for the weekend.

But let’s not get too far ahead of ourselves, Josh Trank’s reboot hits theaters on August 7th this year. What are your feelings about the film at this point as we continue to see more promotional material for it?