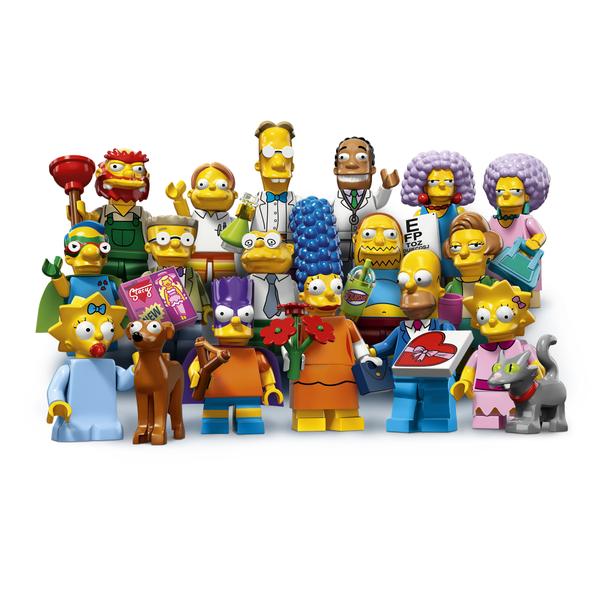 LEGO Simpsons Kwik-E-Mart arrives in May!

The first wave of the LEGO Simpsons figures and sets were big hits at the Major Spoilers HQ, and now we have the lowdown on the second series, which includes Bartman and the Kwik-E-Mart!

First up the Kwik-E-Mart! We saw Apu in the first wave of Minifigures, and now he has a place to go to each and every day.  The 2179 piece set includes a new Apu, Homer, Bart, Marge, and Chief Wiggum, and it also includes a brand new minifigure in the form of Snake Jailbird.  The image also shows off a police car, dumpster, and the Kwik-E-Mart that opens up to reveal all of the goodness inside. Also headed our way in May is the second wave of LEGO Simpsons minifigures! If you don’t know who they all are by now, I can’t help you. I’m glad to see new figures like Smithers and the Comic Book Guy, and even like Bart and Milhouse in their superhero getups, but rather sad to see yet another Maggie, Homer, Marge and Lisa.  Still isn’t going to stop me from trying to get them all in those blind bags the stores always have within my reach.

Lego Simpsons Toys
Share. Facebook Twitter Pinterest LinkedIn Tumblr Email
Previous ArticleMajor Spoilers Question Of The Day: “How ‘Bout The Power Of Flight, That Do Anything For Ya?” Edition
Next Article Captain Marvel and the Carol Corps takes to the skies over the Warzones!