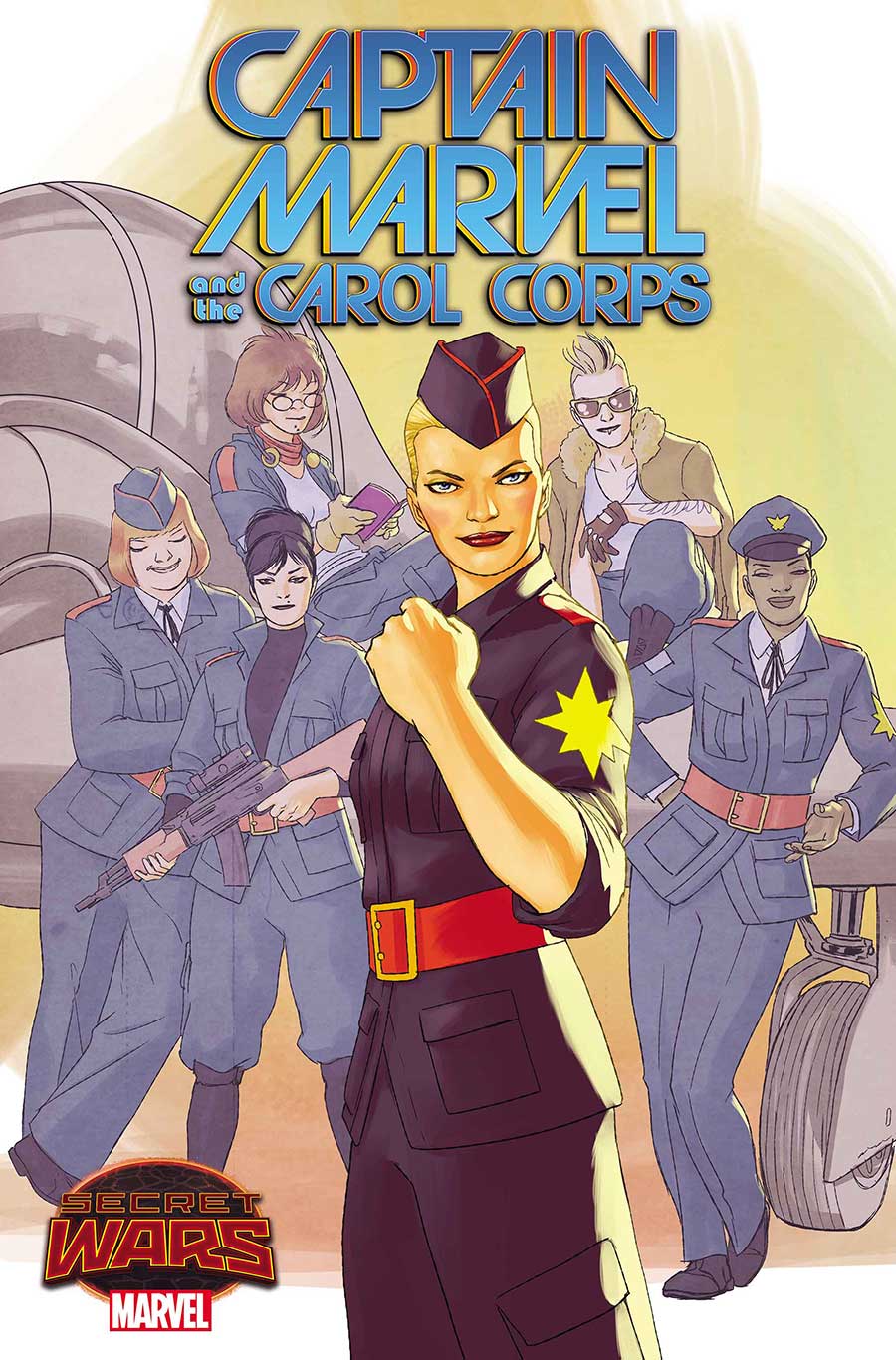 Captain Marvel and the Carol Corps takes to the skies over the Warzones!

The are the elite. They are the best of the best. And this June they are rocketing into Secret Wars in CAPTAIN MARVEL AND THE CAROL CORPS #1 – an all-new Secret Wars series! Blockbuster Captain Marvel creators Kelly Sue Deconnick and David Lopez join Marvel newcomer Kelly Thompson for a high-flying tour of Battleworld from the inside of a cockpit!

Speaking on Carol’s role on Battleworld, co-writer Kelly Sue Deconnick explains to Marvel.com, “She’s a hero. She’s a pilot. That’s one of the things I find most interesting about CAPTAIN MARVEL AND THE CAROL CORPS. She’s a very defined person and even when changing her environment and circumstances – she’s still that person.”

Face front and stand at attention True Believers, because the Corps needs people like you! So put on your uniform and get ready for the most high-flying, action packed Captain Marvel series fans have been clamoring for. Strap in and hold on – this is CAPTAIN MARVEL AND THE CAROL CORPS #1!