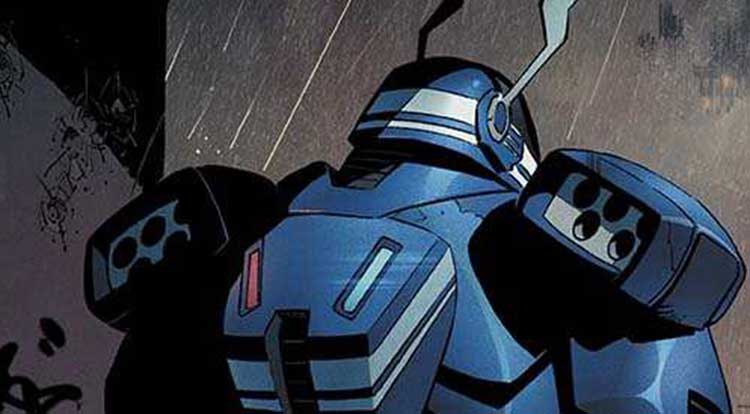 An all-new Batman debuts in June?

This comes from CBR, which gets all the DC news before anyone else because… you know…. The site also has a solicitation rundown which gives a little more information about what this is all about.

BATMAN #41
Written by SCOTT SNYDER Art by GREG CAPULLO and DANNY MIKI
Cover by GREG CAPULLO
THE JOKER Variant cover by SEAN MURPHY
On sale JUNE 10 • 32 pg, FC, $3.99 US • RATED T
Retailers: This issue will ship with two covers. Please see the order form for more information.
The all-new Batman makes his debut! Who is he, and what happens next? Find out here as a new era begins in Gotham City!

This issue comes out post convergence, and there may be a bit more to what is going on than simple continuity. In an interview, Jim Lee said the focus is on telling good stories in canon rather than focusing on continuity.

Rather than having 52 books all in the same continuity, and really focusing on keeping a universe that’s tightly connected and has super-internal consistency, and really one flavor, we’ve really broken it up. We’ll have a core line of about 25 books that will have that internal consistency, that will consist of our best-selling books. But then the rest of the line, about 24 titles, will be allowed to really shake things up a little bit.

We’re really asking the creators to put story and character first, and really focus on canon more than continuity. Continuity is, this is where this character was today, and this is where he is tomorrow. Those are things that sometimes I think the readership gets too concerned about it, and it starts overshadowing what we’re in the business of doing, which is telling stories. So by focusing on canon — which is the stories that matter, the best stories that we tell with these characters, they get elevated, and that’s the history we want to create with these characters.

I like the justification Lee uses to show why story matters over continuity, “If you are focusing on why Superman doesn’t have to worry about breathing underwater in Throne of Atlantis, you’ve failed.” That may be true, but suspension of disbelief seems to trump that idea.

Regardless, there’s an “all-new Batman” coming in June! What say you, Dear Reader, regarding Bunny Ears Batman?

The full June solicitations from DC are coming next week, so we’ll see what other changes are coming post-convergence.