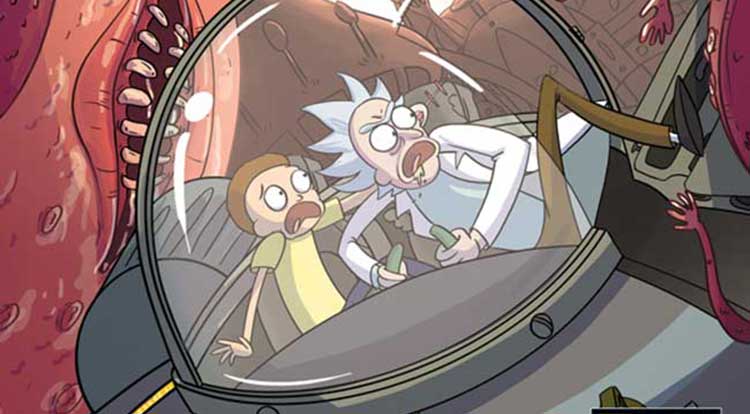 Oni Press has announced that Julieta Colas  and Johnny Ryan will provide variant covers for the upcoming Rick & Morty #1.

You may remember Julieta Colas’s Rick and Morty x Akira mashup that everyone seemed to take to. Rick & Morty is based on the popular Adult Swim animated series that follows the adventure – or misadventures – of Rick, an alcoholic scientist, and his grandson Morty.