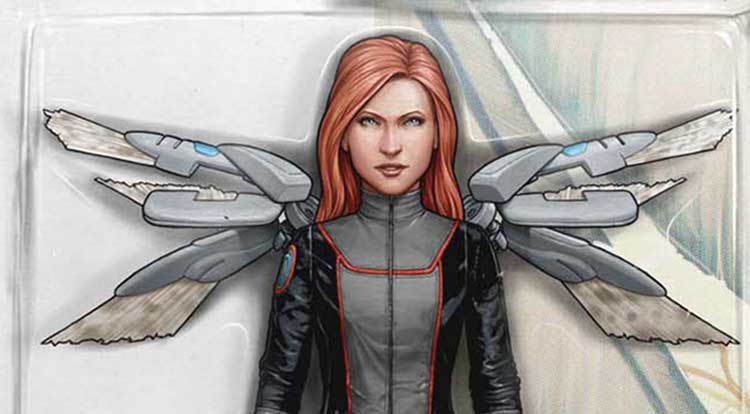 Follow the soaring adventures of teenage girl Max and the “flock” – Fang, Iggy, Nudge, Gasman and Angel. They’re a group of ordinary teenage kids – only they are part human and part avian! The product of genetic tampering that has given them extraordinary abilities, these six teens lives quickly morph into a living nightmare as they try to escape their creators and defend themselves from the deadly ”Erasers”. As Max uncovers the truth about her origins, she’ll discover her true calling – saving the world!

Fans can get their hands on this hotly anticipated cover at their local comic shops on April 8th. A bold new chapter is about to begin. Be there as the fantastic world of James Patterson comes to Marvel Comics next month in JAMES PATTERSON’S MAX RIDE: FIRST FLIGHT #1!