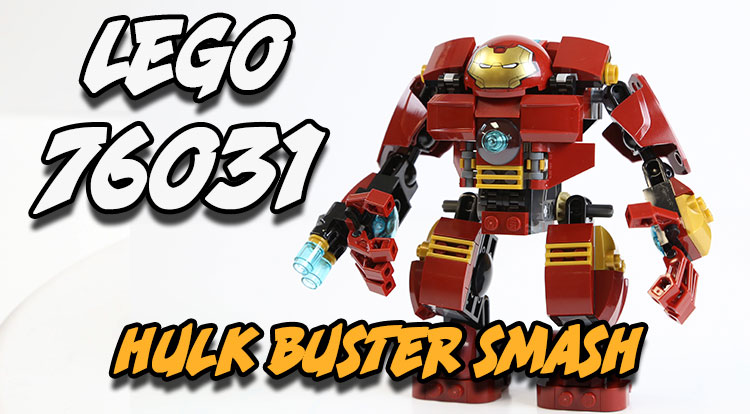 Avengers: Age of Ultron is just around the corner, and the March LEGO Marvel sets have arrived in full! The trailer for the movie features Hulk and the Hulk Buster armor going at it, so let’s take a look at that set this week.

Hulk has been trapped by the powers of Scarlet Witch and she is ready to fire an electrical bolt if he tries to escape! Place Iron Man in the cockpit of the humungous Hulk Buster suit and rush to the rescue. On the way you must fend off aerial attacks from the flying Ultron Prime. Adjust the Hulk Buster’s arms and legs to create fearsome battle poses and grab the villain with the powerful hands. With Ultron Prime safely in the mech’s grip, attach Iron Man to his Super Jumper. Then take out Scarlet Witch with an accurate jump and free the imprisoned Hulk! Includes 3 minifigures with assorted weapons and accessories: Iron Man, Ultron Prime and Scarlet Witch, plus a Hulk figure.

Avengers: Age of Ultron is just around the corner, and the March LEGO Marvel sets have arrived in full! The trailer for the movie features Hulk and the Hulk …