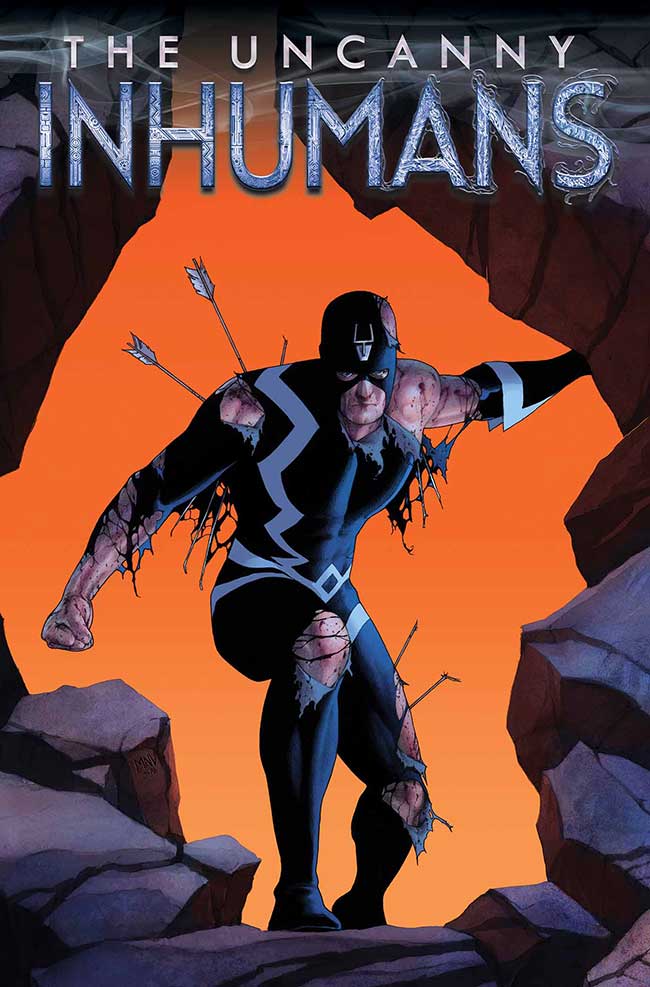 The stoic Inhuman king, able to level mountains with a whisper has struck out on his own – seemingly leaving his Queen and his very race to fend for themselves. But is that the whole story? Now, follow his adventures as he embarks on a new mission. A lone wolf and a king without a throne, Black Bolts endeavors will send him on a direct collision course with one of the Avengers’ greatest foes – Kang the Conqueror! With the mastery of time at his very fingertips, Kang will bend the entire 20,000 years of Inhuman history to his own vile ends.

With Kang cut loose, the silent sentinel of the Inhuman Nation is all that stands in his way. Will the Inhuman king rise in the face of growing threats to his people? Or will he fall? Find out when the secrets of Black Bolt’s journey comes to light in UNCANNY INHUMANS #0 – on sale in comic shops and on digital devices this April!