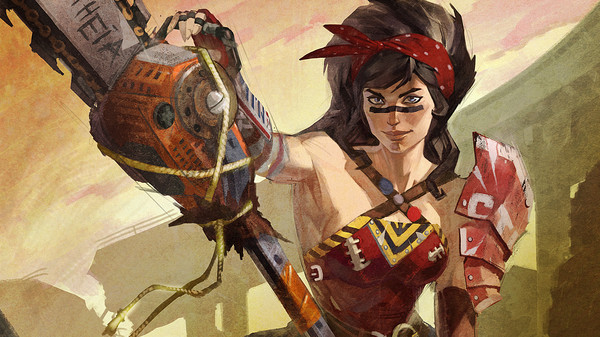 “Infinite Crisis has massively evolved over the past year with the help of the millions of players who participated in our Open Beta,” said Jeffrey Steefel, Executive Producer. “We have designed, updated, and tuned almost every facet of the game based on player feedback and we are now ready to officially launch the game on March 26th.”

Infinite Crisis delivers a heart-pounding competitive player vs. player battle experience set in DC Comics’ legendary Multiverse. Featuring the deepest roster of DC heroes and villains ever assembled, Infinite Crisis puts players in control of twisted incarnations of their favorite characters from throughout the Multiverse such as Nightmare Batman and Gaslight Catwoman, playing in league with such well-known characters such as Green Lantern and The Flash.

Warner Bros. Interactive Entertainment, a division of Warner Bros. Home Entertainment, Inc., is a premier worldwide publisher, developer, licensor and distributor of entertainment content for the interactive space across all platforms, including console, handheld, mobile and PC-based gaming for both internal and third party game titles.

DC Entertainment, home to iconic brands DC Comics (Superman, Batman, Green Lantern, Wonder Woman, The Flash, etc.), Vertigo (Sandman, Fables, etc.) and MAD, is the creative division charged with strategically integrating across Warner Bros. and Time Warner. DC Entertainment works in concert with many key Warner Bros. divisions to unleash its stories and characters across all media, including but not limited to film, television, consumer products, home entertainment, and interactive games. Publishing thousands of comic books, graphic novels and magazines each year, DC Entertainment is the largest English-language publisher of comics in the world.

Turbine, Inc. is a premier creator and operator of connected entertainment experiences. Founded in 1994 and wholly owned by Warner Bros. Home Entertainment, Inc. Turbine has developed hit games based on some of the world’s most popular and iconic properties including The Lord of the Rings, Dungeons & Dragons and DC Comics. Turbine is currently in development on several new titles for the mobile platform, the first of which is Batman: Arkham Underworld, a new super-villain based combat strategy game slated to launch in 2015. For more information on Turbine, its products and services please visit www.turbine.com.