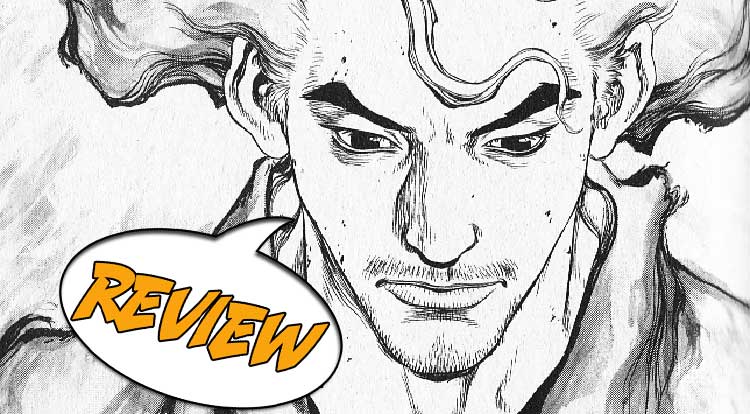 With the twelve sacrifices complete, it is time for the Descendant of Norea to end the world. Previously in Raqiya: The New Book of Revelation: As more people die around her, Luna’s powers continue to grow. Holy War officially breaks out between the Gnostics and the Catholic Church, viewing Luna as either a goddess or the antichrist respectively. And through it all, Isa keeps fighting to protect Luna from everyone around her.

NOTHING LEFT TO LIVE FOR

This is the final volume of Raqiya, and wow, has it been an amazing ride.

While I greatly enjoyed the story, this volume moved way too fast. The best comparison I can think of is speeding up in a car, and instead of a break there’s another accelerator. So there’s really no slowing down until the sudden end of the story, and I really do feel like I was hit by a wall with how fast it ended.

I don’t know the situation around the original pitch to the story, and if this was meant to be a longer story or not. I feel like the earlier volumes had better pacing, and especially this volume had three volumes worth of material crammed into one. What was lost was more of the build up to certain character moments.

But as unwieldy the pace of the book is, what stole the show for me is the completion of Isa’s character arc. I’ve loved him since volume 1, and as his love for Luna became immediately obvious, I became increasingly worried that there would be some terrible Nice Guy moment. Especially when his incredibly handsome best friend is introduced and it looked like he and Luna both have eyes for each other. I knew that if Isa ended up being a Nice Guy, I was going to be furious.

Well, that’s not what happened, and I’ll say that much. I love this story enough that I really don’t want to spoil it, because the resolution of his character arc was one of the most wonderful things I’ve read in a long time.

Throughout this series, he is the only one who manages to make it to the end of the book and never lost sight of Luna-the-person. Everyone else is seeing her as a goddess or a demon or a thing to be possessed, but Isa sees his best friend. He loves her as both more than a friend and a friend, but it’s because of his love for her as a friend that he wants to save her.

After finishing my review for volume 3, I started to think about artistic style, and the problems not too long ago when Milo Manara drew the alternative cover for Spider-Woman. One of the most poignant statements in that conversation was – we know how Manara draws, we know his style. It isn’t surprising to see that image, given his history. The question is, who decided that this would be a good fit for Spider-Woman?

If a large amount of inappropriate panty shots (which are often very detailed) are part of Boichi’s MO, then that might just be something a person should be aware of before jumping into a title with his art. Maybe that was my problem here. I honestly think that only once in the series was the explicit nudity 100% needed for the story’s sake. Other moments were distracting and hurt the narrative, and I think would have been more effective if they had been posed differently or possibly concealed in some way.

I don’t know who else I’d want to draw for this series, though. Because the scope of the art and how detailed it is in so many other ways is so important to how this story is told. Sprawling cityscapes in hyper detail. Wonderful textures in the fabrics and the sky and the mandelas and the wrinkles on the old men. Boichi was an amazing choice to do the art for this story, but I still found the excessive panty shots distracting at best, and at worst would pull me out of the story. None of those shots were needed.

That being said, I do appreciate in anime and manga how nudity isn’t always sexual. A common trope is to have nudity equated with having nothing to hide, and that is essential here. It’s for that reason that, in the most explicit shot of Luna’s naked body, I wouldn’t take out. There, it made sense, because it was about having nothing left to lose.

I think this whole series could have done with at least two more volumes to help flesh out details in the second half of the series, and the last volume was like a whirlwind and not always in a great way. But despite volume 5’s narrative shortcomings, I left the volume still glad to have read the series, if only for Isa. The art is spectacular, and even with my criticisms I’m glad I bought this series because of everything else.