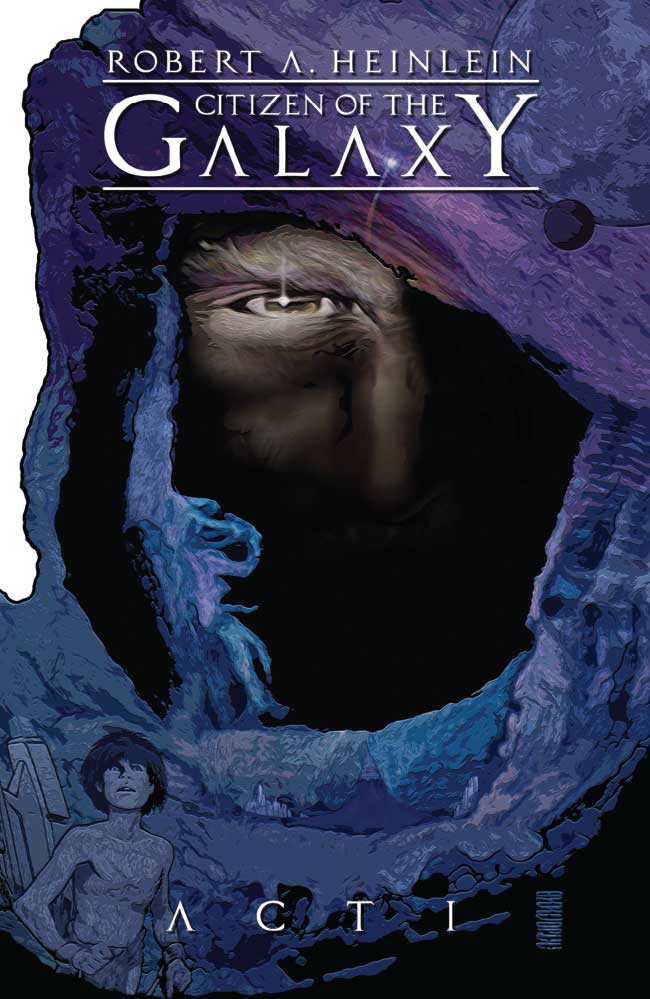 SNEAK PEEK: Robert Heinlein’s Citizen of the Galaxy #1 (of 3)

Robert Heinlein’s Citizen of the Galaxy #1 (of 3)—SPOTLIGHT
Robert Lazaro & Eric Gignac (w) • Steve Erwin (a) • Gignac (c)
Just outside our galaxy the atrocities of slavery thrive, and young Thorby is just another orphaned boy sold at auction. But when he crosses paths with a mysterious crippled beggar, his destiny is forever changed. Citizen of the Galaxy is an interstellar action/adventure coming of age tale by the “Dean of Science Fiction”… Robert A. Heinlein!
FC • 32 pages • $3.99

Bullet points:
An all-new series, based on a story by Robert A. Heinlein, creator of Starship Troopers!
Based on the novel the New York Times called “better than 99 percent of the science-fiction adventures produced every year.”