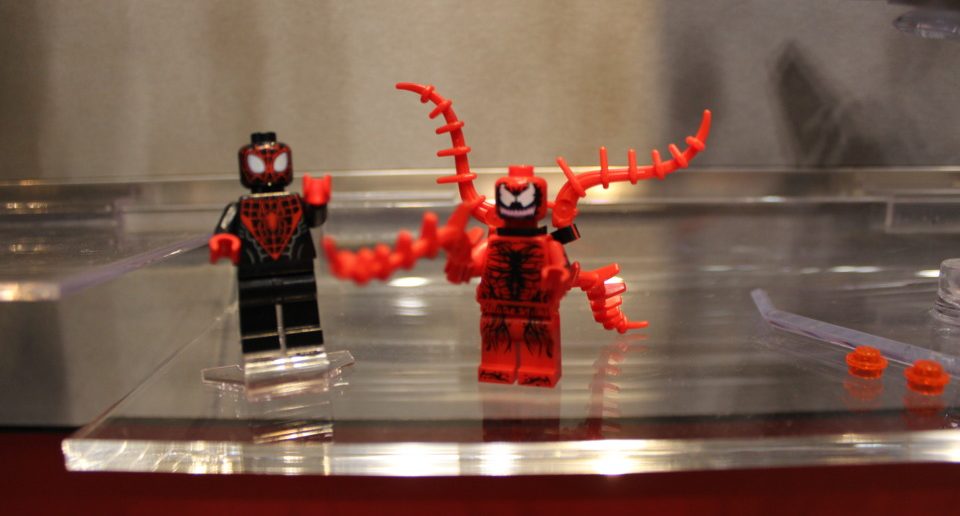 We’ve just about covered all the currently released LEGO DC Superheroes sets, but there are more on the way, and we have pictures from Toy Fair 2015.

Note: There may be potential spoilers for upcoming movies, so read at your own risk.

Looks like we are getting another LEGO Batman set. On the plus side, Deathstroke shows up to take on the dynamic duo. We’ve seen Batman and Robin escape from the Joker before, but this set is set in Jokerland, and looks to feature, Joker, Harley Quinn, :Poison Ivy, Penquin, Starfire, and Beast Boy. Cyborg is currently in the Darkseid Invasion set, which means we only need a Raven Minifigure to create a complete Teen Titans set! Venom is neat, and Carnage is okay, but throw in Miles Morales, and this set is set to sell billions! Though we hate supervillain team-ups in movies, I love them in LEGO play sets as it gives us many more villains to expand our play. We’ve had Spider-Man in sets before, but this one features the Iron Spder – you know that guy from Civil War… Potential spoilers here! Looks like Hank Pym is going to don the suit, too! What do you think? I’m really excited about future LEGO builds on our Major Spoilers YouTube channel, and can’t wait to get my hands on all of these.