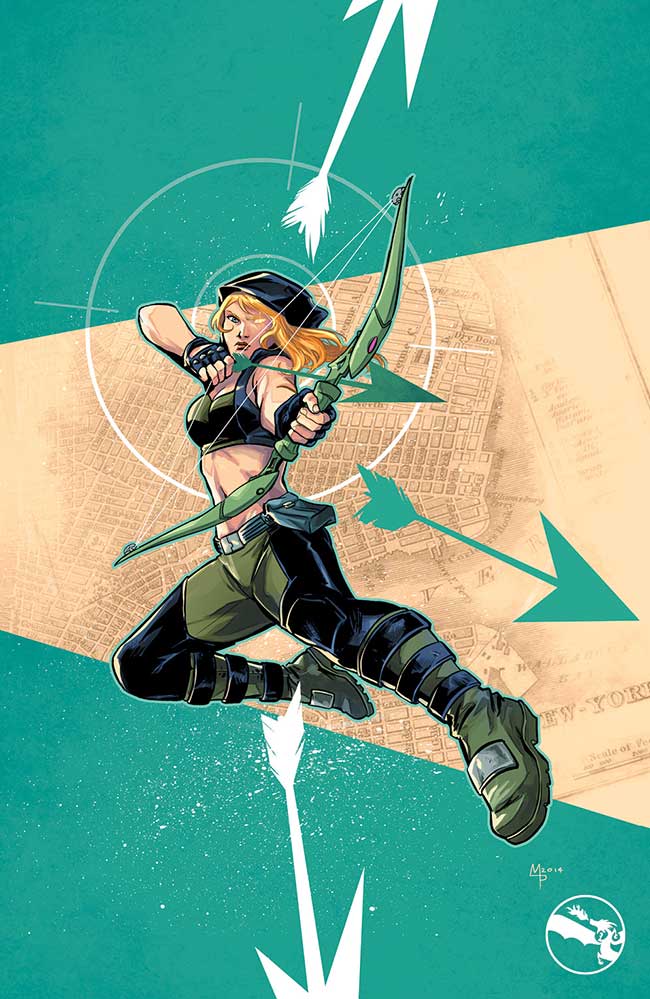 Robyn Hood Ongoing #7 – Window to the Soul
Written by Pat Shand
Art by Roberta Ingranata
Colors by Slamet Mujiono
Letters by Jim Campbell
Edited by Pat Shand
Production & Design by Christoper Cote and Joi Dariel
Release Date: 2/18/15
Story so far…
One year ago, Robyn Locksley was brought to Myst, a realm of swords and sorcery, to save the city of Nottingham from a great evil. Lives were lost and hearts were broken but the war is finally over. Joined by Marian Quin – a witch who has, up until now, only known the ways of Myst. Robyn returns home to New York, ready to begin a new chapter in her life… This is the story of Robyn Hood.

Previously in Robyn Hood…
Avella, the powerful dark sorceress who trained Marian, has been both ally and foe to Robyn. However, when Marian discovers that Avella is either sick or dying, the true cause of Marian’s weakened magic comes to light. As Robyn begins her search for a solution, the mysterious Cabal watches them from the shadows…