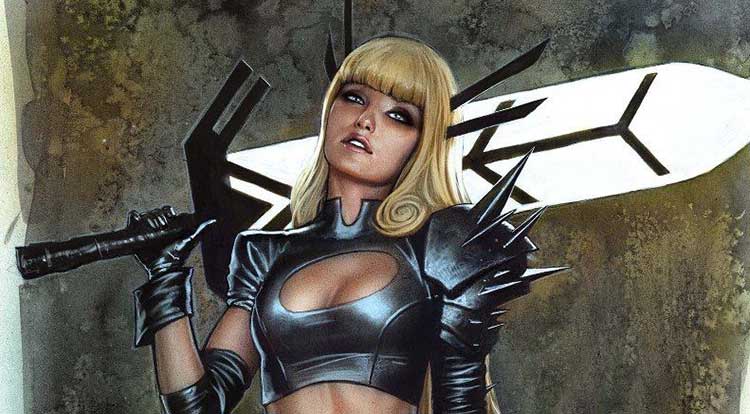 This May, the WARZONE! is on fire as the red-hot world of the seminal X-Men story returns in the pages of INFERNO #1 – a brand-new Secret Wars series that’s too hot to handle from writer Dennis Hopeless (Spider-Woman, Avengers Arena) and artist Javier Garron (Cyclops)!

Welcome to the ruins of Manhattan, now ablaze with fire and brimstone. Five years ago, a band of demons rose out of the fiery depths and turned Manhattan in to Hell on Earth. The X-Men were all that stood in the way of complete and utter obliteration. The X-Men fought for survival…and the X-Men failed.

Now, on this the fifth anniversary of the fall of Manhattan, Colossus is leading a small band of surviving mutants back into the Inferno. None of them know what resides on the other side of those flames but he knows one thing…he’s not coming back without his sister!

“He lost his sister to the Inferno five years ago and is absolutely obsessed with getting her back,” says writer Dennis Hopeless in an interview with Marvel.com. “Unfortunately, nobody is allowed in or out of the Island. Piotr has been carrying this heavy burden around for years, always waiting for his next opportunity to right the wrong. He’s definitely not somebody you’d want to mess with.”

Amidst the flames lie demons, ghouls and the Goblin Queen herself. Colossus and his team of Nightcrawler, Boom Boom and Domino will face them all in an effort to save Illyana. But can she be saved? Or has she already been lost? The answers lie in the flames True Believer as INFERNO #1 burns bright during Secret Wars this May!

INFERNO #1
Written by DENNIS HOPELESS
Art & Cover by JAVIER GARRON
Variant Cover by ADI GRANOV
On Sale in May!