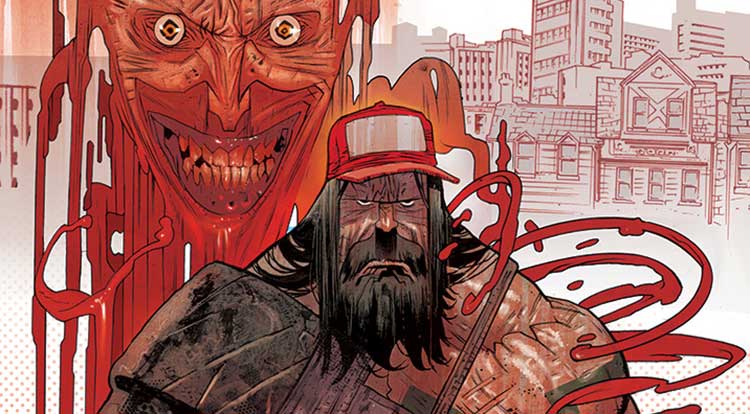 In BIRTHRIGHT #6, Mikey’s return has divided the Rhodes family in unexpected ways. Where do they go from here?

Previously in BIRTHRIGHT, readers meet the Rhodes Family—parents still coping with the grief of a missing child—after their young son Mikey disappeared one year ago. Just as the tragedy tears the family asunder and the possibility of his return looks bleak, Mikey reappears, but nothing could have prepared them for who he is now.

Snatched from his life by beings from another world, Mikey became a hero whose destiny was to save the land of Terrenos. A grown man hardened by battles with dragons, trolls, and evil mages, Mikey is back to save Earth from the same peril that threatened Terrenos in BIRTHRIGHT. Skybound is the home of Robert Kirkman’s creator-owned work including his Eisner Award-winning comic book series, The Walking Dead, long-running Invincible, all-ages Super Dinosaur, Thief of Thieves, and Clone as well as Ghosted, Witch Doctor and Invincible Universe. Since its inception, Skybound has created television shows, merchandise and a wide spectrum of platforms, games (The Walking Dead: Assault iOS app), and entertainment events (The Walking Dead Escape). Skybound’s successes include the comic behind the hit Emmy®-winning television show, AMC’s The Walking Dead, the highest-rated basic cable drama of all time in the U.S, also an international success in 122 countries and 37 languages. Skybound/Kirkman frequently top the hardcover and paperback bestseller lists. Your destinations for all news and merchandise from Robert Kirkman, The Walking Dead and all Skybound titles are www.Skybound.com and www.TheWalkingDead.com.