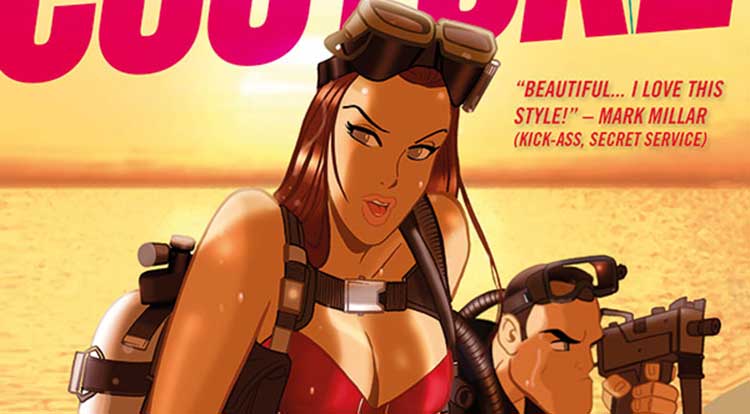 The cover, illustrated by Des Taylor, is a pastiche of the James Bond Thunderball (1965) movie, starring Sean Connery as 007.

Titan Comics to publish In Search of Gil Scott-Heron