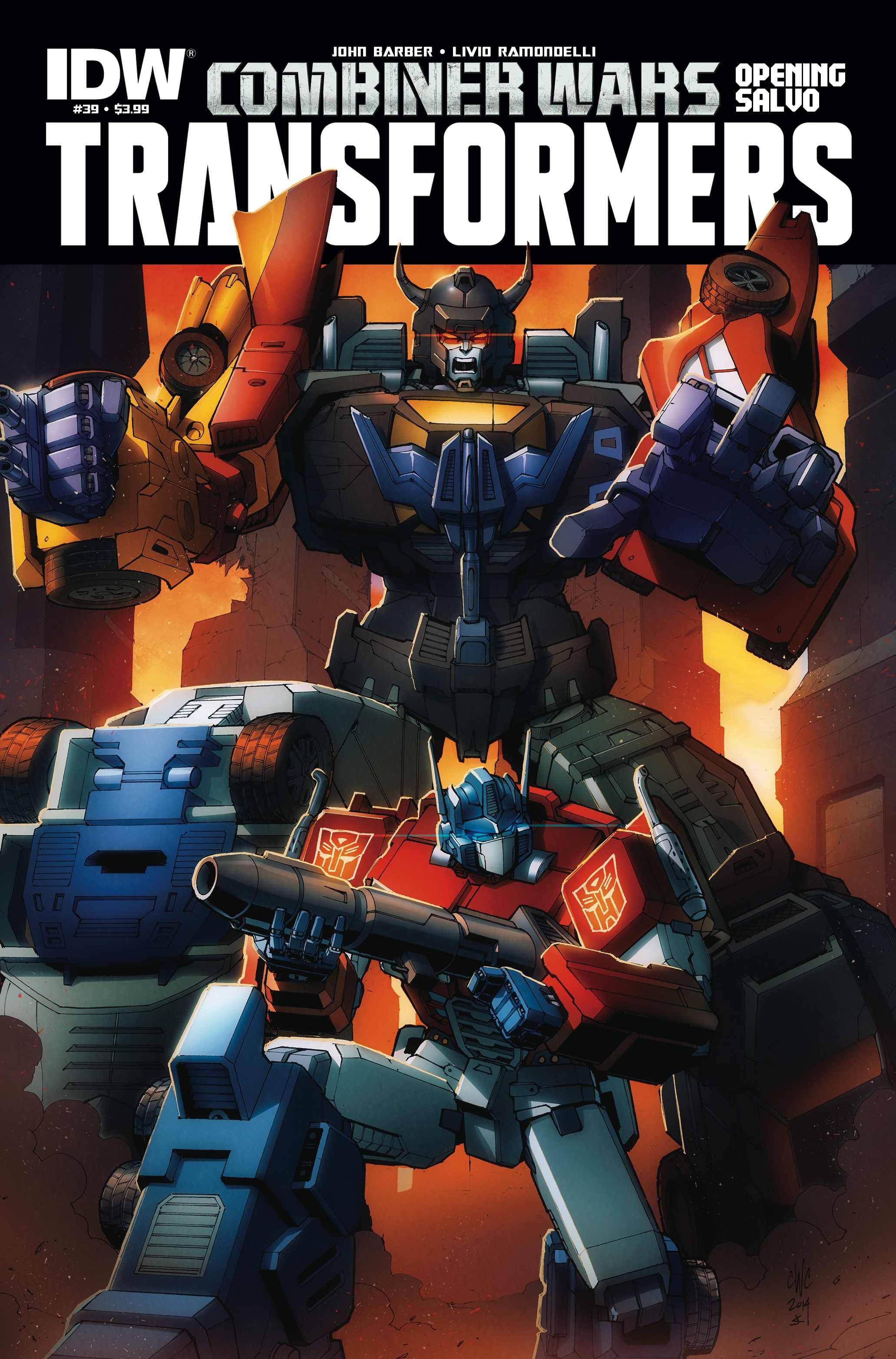 The biggest TRANSFORMERS publishing event of the year kicks off this March when Cybertron becomes the battleground for the COMBINER WARS! An all-star creative team is bringing along fan-favorite characters and all-new dangers to this battle royale that will shake both factions to their core. The “Opening Salvo” is fired in TRANSFORMERS #39, and the war begins in earnest in the debut issue of the brand-new WINDBLADE series from the acclaimed creative team of Mairghread Scott and Sarah Stone. The shaky peace between the Autobots and Decepticons is threatened when Cybertron’s leader, Starscream, stands against Optimus Prime and raises an unstoppable army of Combiners, threatening Windblade’s long-lost homeworld..

“We’re blowing the TRANSFORMERS universe wide open with this series: showcasing new characters and new worlds in a battle with some of the biggest ‘bots you’ve ever seen,” said WINDBLADE writer, Scott. “Anyone who thinks they know what to expect from a Transformers event will have to think again.”

The ongoing TRANSFORMERS series written by John Barber welcomes PRIMACY artist Livio Ramondelli on to the series for this epic arc. “From day one of this series,” says Barber, “we’ve been seeding the mystery and power of Combiners—multiple Cybertronians who form together into bigger, more powerful wholes. Starscream realizes he needs one of his own to protect Cybertron… but why stop at one Combiner—or one world?” The arms-race of Combiners will bring fan-favorite TRANSFORMERS characters to the pages of IDW comics for the first time ever—and introduce a new Combiner guaranteed to melt the internet. Featuring standard covers by Casey W. Coller and subscription covers by Ramondelli, the epic COMBINER WARS event will be an integral part of Hasbro’s 2015 TRANSFORMERS: GENERATIONS COMBINER WARS toy line, reaching a massive fan-base and will be supported across multi-media platforms.