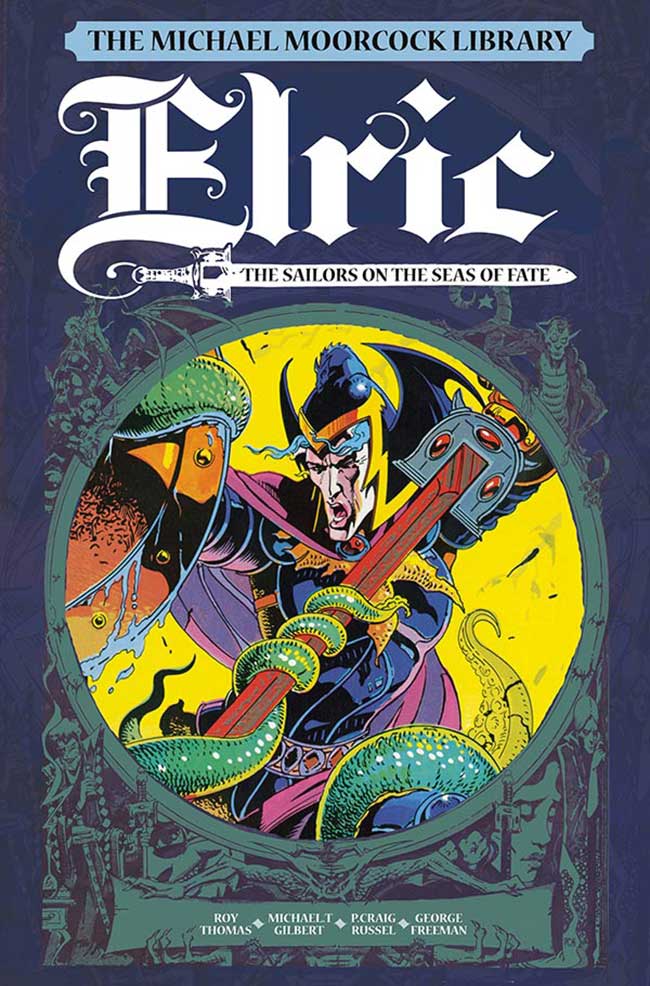 FIRST LOOK: Elric Vol. 2: The Sailors on the Seas of Fate

“​Captures Moorcock’s Vision Like Nothing Before!” – Ron Marz (Silver Surfer)

Following his self-exile from Melnibone, Elric is faced with his biggest challenge ever!

As he lies dying on the shores of an unknown land, he is taken aboard a mysterious ship where time and logic hold no meaning. Several other incarnations of the Eternal Champions are there, but why? What could allow the laws of time and space to be broken for these warriors to meet? Could Elric learn anything from that which he used to be or that which he shall become? So begins an epic adventure across the black seas and into alternate worlds where the lines between dream and reality blur and otherworldly foes must be defeated in order to save the very fabric of the universe and fulfil the albino emperor’s destiny. To pre-order via Amazon visit:
http://www.amazon.com/Michael-Moorcock-Library-Vol-2-Sailor/dp/1782762892