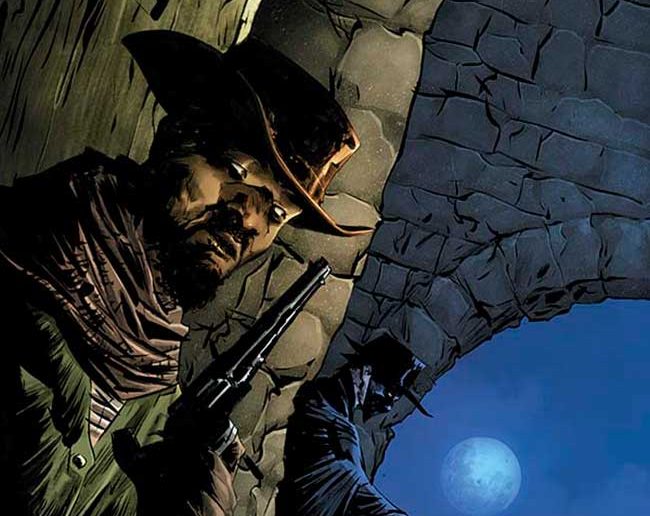 Django / Zorro #3
Quentin Tarantino, Matt Wagner (w)
Esteve Polls (a)
Jae Lee, Francesco Francavilla, Mike Mayhew (c)
Fans & retailers, order the cover of your choice!
FC • 32 pages • $3.99 • Teen+
FANS, ASK YOUR RETAILER FOR THE:
Francesco Francavilla “Virgin Art” retailer incentive cover
Mike Mayhew “Artboard” retailer incentive cover
Jae Lee B&W Art retailer incentive cover
Our heroes finally arrive in Phoenix and their first encounter with the self-proclaimed Archduke of Arizona, whose charming demeanor is tinged with a merciless arrogance. Diego is welcomed into the Archduke’s inner circle of wealthy investors but Django soon finds himself exploring behind the scenes with the silent but intrepid Bernardo. The Archduke’s massive railroad project is a being built be the local Yaqui tribes, who are all but enslaved by their master’s tyrannical regime. This exciting series is the first-ever sequel to any of Quentin Tarantino’s films and features one of the original western heroes, the masked crusader known as Zorro!