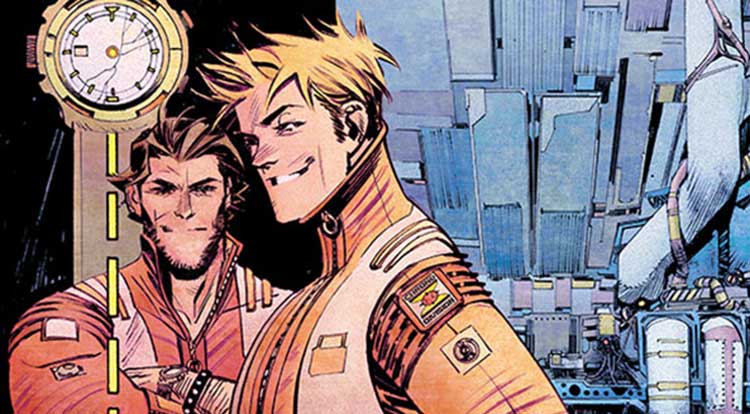 In an exclusive interview with Entertainment Weekly, Millar likened CHRONONAUTS to “Apollo 13 meets The Time Machine,” and added: “It’s essentially a buddy story about two best friends who can jump around between 16th-century Persia, the American Civil War, or New York in the ’20s.”

In CHRONONAUTS, Corbin Quinn and Danny Reilly are two buddies who love to have fun. They’re also scientific geniuses. When their research leads them to a time-traveling adventure, will they use their knowledge for the good of all mankind? Or use the space-time continuum for their own ends? CHRONONAUTS is the story of man’s first, televised steps through the time-stream and and everything going wrong in the process.