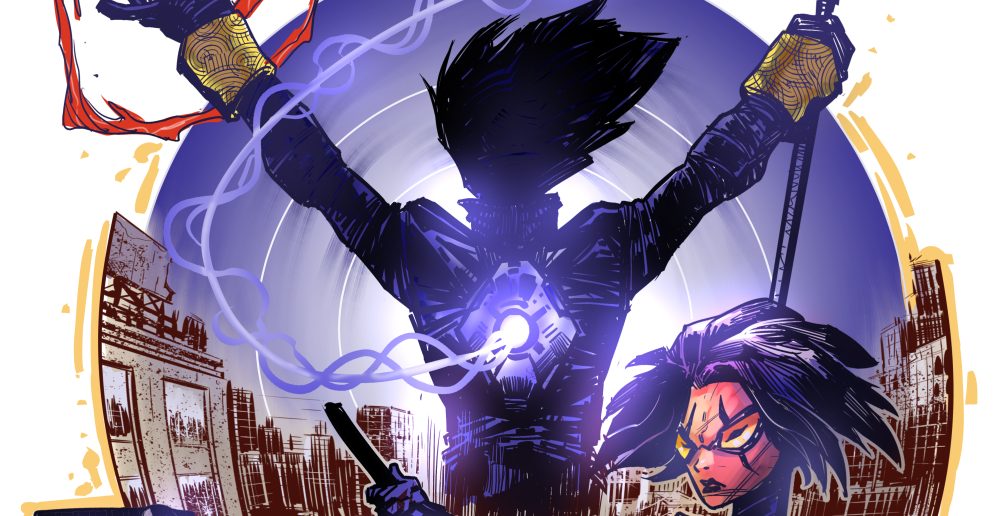 Originally published as a bonus story in Image Comics’ RED CITY Vol. I, MORIARTY: ENDGAME will be released as a standalone, 99-cent download on February 4.

“The team and I are very excited to bring a new MORIARTY adventure to our audience,” said Corey. “We broke new ground when Image Comics allowed us to do the first-ever comic story that featured Professor Moriarty as a leading man, and with MORIARTY: ENDGAME, we’re taking the Professor to yet another new place.”

MORIARTY: ENDGAME plays with the idea that the myth of Holmes and his nemesis is eternal, and transplants their conflict into a tech-laden, post-apocalyptic future. With the world as their playground, the never-ending conflict between detective and villain will finally come to a moment of reckoning.

MORIARTY: ENDGAME, a 15-page digital comic, will be on sale at ImageComics.com, ComiXology, iBooks, and Google Play for $.99 on February 4. For more information, please visit dangerkatt.com and facebook.com/moriartycomic.