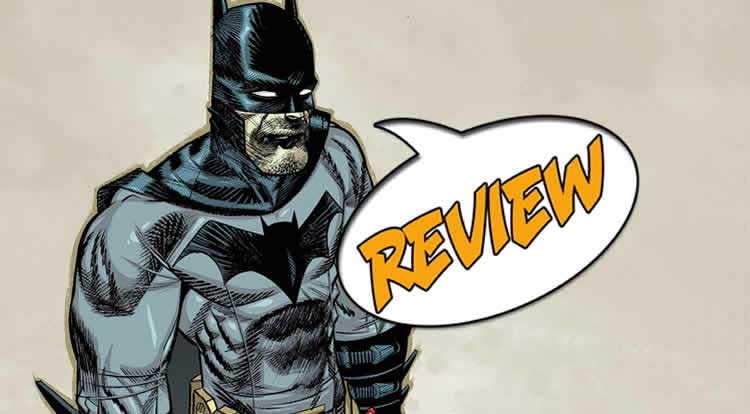 I often hear that my reviews are too positive, that I should rag on things I don’t like as well as promote things I think are the best of the week. Hey, I’m just trying to help you readers get the best product for your hard-earned money, after all!

Well, this week I’m going to talk about the Bat-book that’s coming to an end soon. Once I read issue #4, I understood on a reader’s level why it won’t be around much longer. That title is Arkham Manor.

Previously in ARKHAM MANOR: As if Batman didn’t have enough trouble containing the Spider in Arkham Manor, now he has to contend with the newest inmate to arrive: Mr. Freeze!

I know that DC has been filling holes in their production schedule with new books about and around Batman. I’ve really enjoyed nearly all of them, but Arkham Manor hasn’t been as interesting to me as the others. I think I finally understand two very big reasons why.

The concept of putting the ultra-baddies in Wayne Manor while Batman and Alfred are still functioning in the Batcave below is a baffling one to me. Batman seems to be spending a lot of time doing the work that the Arkham employees should be able to do, at least some of the time.

Bad things keep happening, and no one seems to be able to deal with it. Honestly, the employees should all be fired and new ones hired who might be able to deal with what’s taking place. Otherwise, Batman is the only one who seems capable of keeping things under control in Arkham Manor.

I get that Bruce understands his own home better than outsiders might, but eventually at least one of the inmates should be able to find his or her way into the Batcave, and that’s a danger the book doesn’t seem to consider as even possible.

Given the popularity of the Arkham videogames, I get why DC wanted a book that was circling the basic concept but was somewhat different. Sadly, it just hasn’t worked for me. Now that the title has been cancelled and only has a couple more issues in the pipeline, I may just pass on the rest of them.

I don’t mean to say that Mr. Crystal is a bad artist, but his work on this book has been too stylized and is hard to enjoy at times.

I’ve mentioned before that I really dislike Batman’s chin has been drawn. I was hoping this would mellow that over time, but it seems like his artwork is getting less and less realistic as we go along. Also, the coloring seems dark and moody, but it doesn’t match up with the stories, in my opinion. It should have been called Arkham Sewer instead of Arkham Manor.

The cover particularly bothered me, with Batman’s right foot in a pool of blood. The reflection shows him as Matches Malone, which is fine except that it feels out of proportion to me. We should have seen more of his leg stretching up from the foot instead of what looks like his foot should be completely outside the blood. I just didn’t like it at all!

I was also unhappy with the portrayal of Mister Freeze, who looked more like a beach comber than a villain. I realize that his body needs the cold, but the way it was drawn just didn’t ring real to me.

I know this book has had things against it from the get-go, including a creator who signed an exclusive contract with Marvel not long into the process of making Arkham Manor. When I first read about it, this was the title I was least certain of among the new Bat-books.

As of March and issue #6, Arkham Manor will be no more. It’s really news when a book in the Batman universe ends, but this title never really found its footing, seems to me. And I’m sorry that took place.

My hope is that Arkham Asylum will be re-established and that set-up will be expanded on rather than the Arkham Manor idea.

If you haven’t been buying this book, and I know it’s hard to believe I’m actually saying this, but you should not catch up on past issues or the final two. Even DC cancelled it before this issue hit the stands!

Overall, the Batman universe has been doing very well, including the revamped Batgirl and the fun Gotham Academy. Arkham Manor was the one that didn’t fly, if you’ll pardon the pun. Maybe once the Convergence event is done, we’ll get another, read better, series to take its place.

Normally, I'm a BIG fan of the Bat-books, but this one just didn't fly!