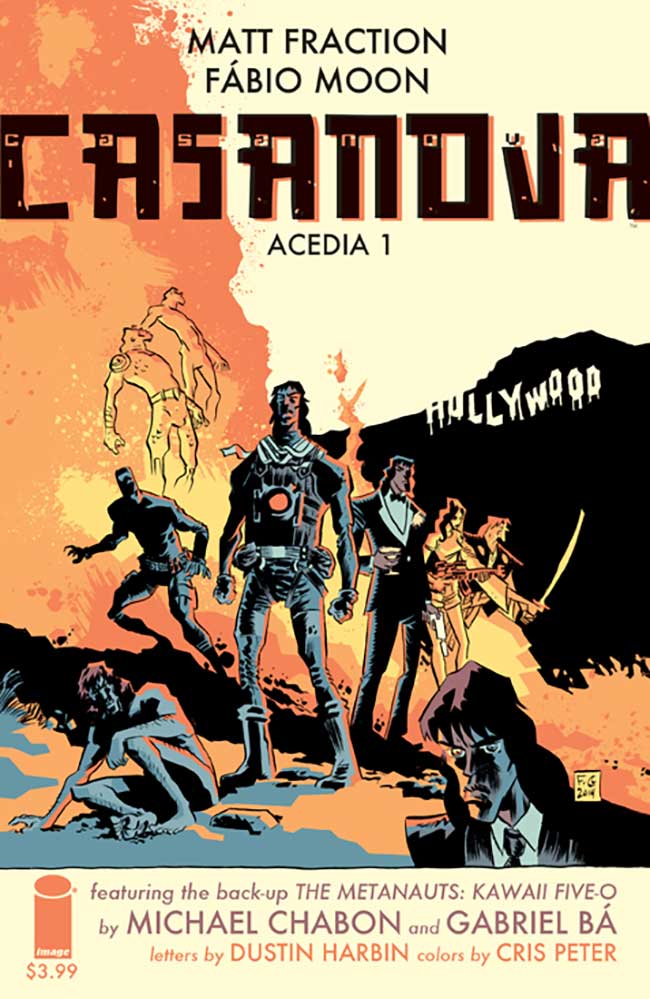 Marooned in Los Angeles with no memory of his past, Casanova Quinn takes on the mystery of his criminal benefactor’s tangled and bloody history—as strange occult forces from the future conspire to… do stuff? To him? To Los Angeles? To you? YES. Featuring the first in a series of backup stories by Pulitzer Prize winner MICHAEL CHABON and CASANOVA