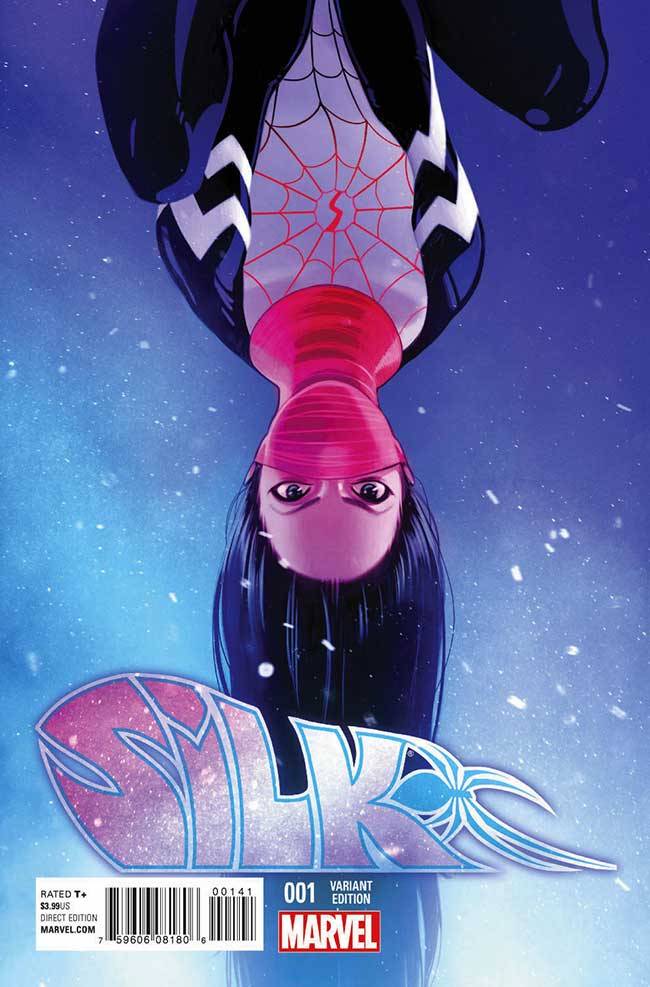 SILK #1 (DEC140837)
Written by ROBBIE THOMPSON
Art by STACEY LEE
Cover by DAVE JOHNSON
Variant Covers by STACEY LEE (DEC140838)
And SKOTTIE YOUNG (DEC140839)
FOC – 1/26/15, On Sale – 02/18/15
Cindy Moon exploded out of her bunker and into the Marvel Universe in the pages of Amazing Spideer-Man and she never looked back. Bit by the same radioactive spider that gave Peter Parker his powers on that fateful day, she’s spent her years locked away in a bunker, safe from the threat of Morlun and the Inheritors. Since then, she’s saved Peter Parker’s life (more than once), fought alongside Spider-Woman, braved the Spider-Verse and more!

Now, Cindy is back in New York City, patrolling it’s rooftops as SILK! And she’s going to make up for lost time. Searching for her past, defining her own future, and webbing wrong-doers along the way. Now is your chance to hop on board one of the slickest new launches of 2015 as SILK #1 swings in to comic shops this February!