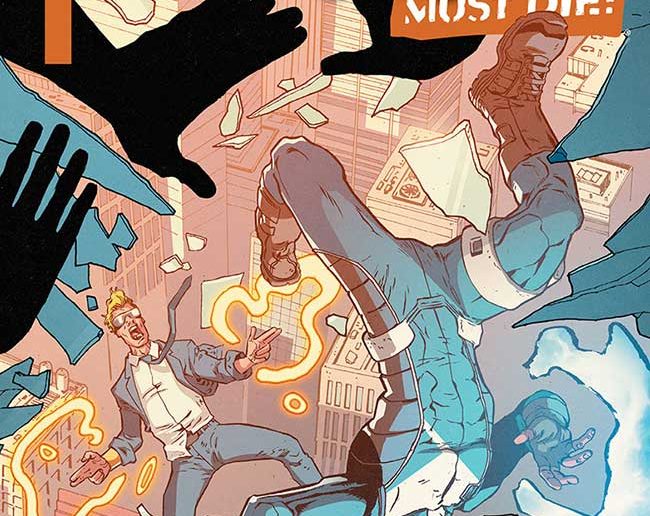 Multiple Harvey Award nominee James Asmus (Quantum and Woody, The Delinquents) and Eisner Award-winning artist Steve Lieber (Superior Foes of Spider-Man) are here to bring the most talked-about, most award-not-winning-est heroes in comics to a whole new high! Unfortunately, there are a bunch of people that would like to kill them up there.

They came. They saw. They pissed off a whole lotta folks. And now a team of mystery vigilantes has singled out the world’s worst superhero team for complete and utter destruction. Their first target: their minds! But who are these all-new enemies? Are Quantum and Woody hitting it off with a sexy duo of cat burglars? And, dear god, what have they done to the goat? Is this the real life? Is this just fantasy? Sex Criminals isn’t the only comic that can quote Queen, comics fans – here come Quantum and Woody! (Or so they think! [Trippy, right?!])