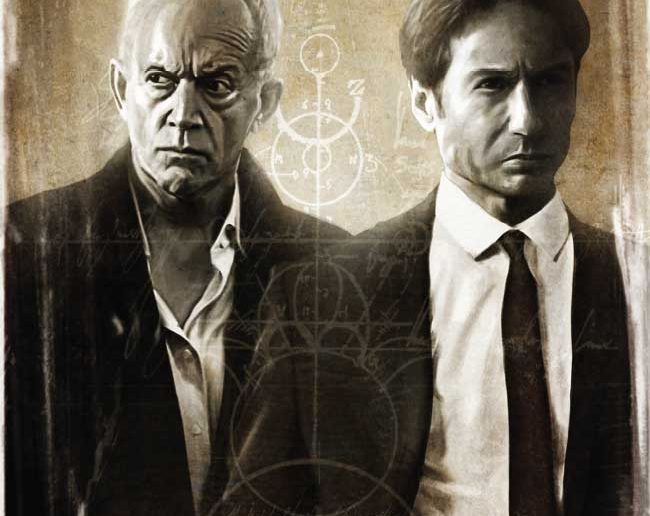 Millennium #1 (of 5)—SPOTLIGHT
Joe Harris (w) • Colin Lorimer (a) • menton3 (c)
Fifteen years ago, the end of the world—the anticipated “Millennium Event”—was avoided thanks to the efforts of Frank Black and FBI agents Fox Mulder and Dana Scully. Or was it? Frank’s psychic gifts have been showing him that evil has continued to grow unabated in the world, and he’s trying his best to ignore it. But soon the resurgence of the Millennium Group and their quest to find Frank’s daughter Jordan will pull him into the fray once again, whether he likes it or not!
FC • 32 pages • $3.99

Bullet points:
Frank Black is back!
Spinning out of the pages of The X-Files: Season 10!
Guest-starring Agent Fox Mulder!
Executive-produced by Millennium creator Chris Carter!
Ask your retailer about the variant cover by Paul Shipper (Star Trek, 24: Underground)!