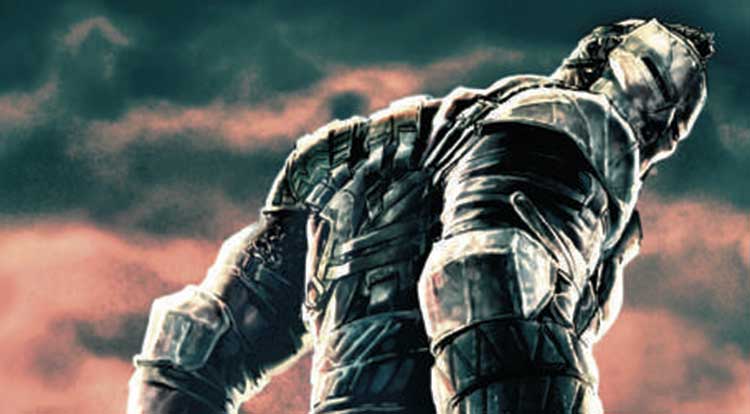 In September 2015, Dark Horse Comics will take readers on a road trip of horrific nightmares in small-town America—kept at bay by one man in junkyard armor.

Adapted from the hit Panini series Highway to Hell, Hellbound follows the exploits of two disgraced FBI agents sent to investigate gruesome murders along the highway, but there’s much more to the case than a garden-variety serial killer.

In the tradition of True Detective and From Hell, the new graphic novel by Victor Gischler (Angel & Faith), Davide Dileo, and Riccardo Burchielli (DMZ) brings Highway to Hell to America, introducing a whole new level of horror to English-speaking audiences. Featuring a cover by superstar artist Lee Bermejo (Suiciders), Hellbound keeps the nightmares coming in one convenient package.

“I’ve had nothing but good times with Dark Horse, and considering their fantastic track record with horror, I’m thrilled they are bringing Hellbound to an American readership,” said Gischler. “A great partnership for a great book.” Arriving in September, Hellbound will be available for $17.99, and can be preordered from Amazon.com.