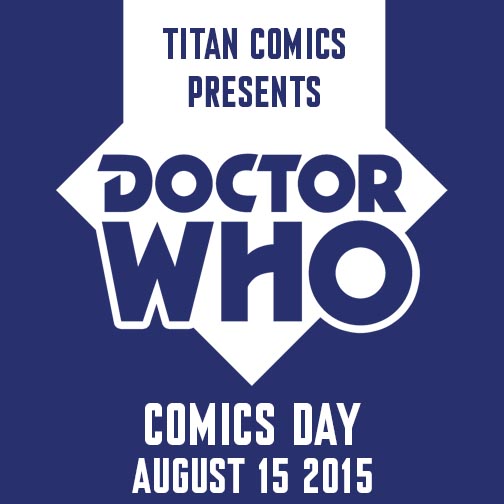 Following on from the success of last years Doctor Who Comics day event, Titan Comics is pleased to announce this year’s global event will take place on Saturday August 15, 2015.

“We received fantastic feedback from retailers and comic readers about last years Doctor Who Comics day event that we decided to turn this into an annual global event for Doctor Who fans” said Ricky Claydon, Marketing Manager, Titan Comics. “I can’t say too much about this year’s event at the moment but it’s certainly going to be even bigger and better! Stay tuned!”

More details about this year Doctor Who Comics day event will be released in February.

To keep up to date with Doctor Who Comics day news Doctor Who fans and retailers should join Titan Comics on Facebook or follow @ComicsTitan on Twitter.