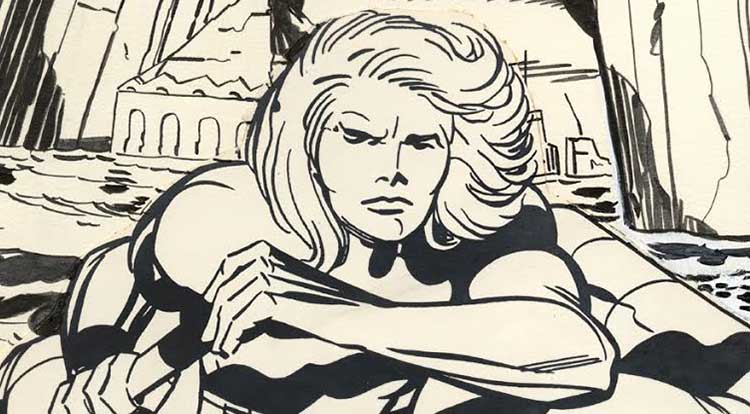 Kamandi: The Last Boy on Earth getting Artist Edition treatment

Of all Jack Kirby’s celebrated DC Comics creations, perhaps none has struck such an enduring chord with readers as his post-apocalyptic adventure Kamandi: The Last Boy on Earth. Now, to the delight of fans far and wide, this much-anticipated series joins the esteemed ranks of Jack “King” Kirby’s Artist’s Editions!

Long after the age of super heroes, Kamandi triumphed as humanity’s last beacon in a world ruled by beasts. Traveling the remnants of civilization after a great disaster, the Last Boy on Earth found both friends and foes among the irradiated animal kingdom that now inhabited the world. Written and drawn by Kirby, the series was unique to comics and completely unlike anything else readers had seen.

“To me personally, Jack Kirby is the greatest creator in the history of comic-book storytelling, period,” said Teenage Mutant Ninja Turtles co-creator Kevin Eastman. “At the age of ten, Kamandi was my all-time favorite character, and now, at the age of fifty-two, he still is. This series was the reason I decided to dedicate my life to comics, hoping and dreaming if I worked hard, I could try to follow in Kirby’s giant footsteps.” This enthralling Artist’s Edition features some of the most influential complete issues from the revered series, including issues 1, 2, 5, 6, 7, and 9, along with additional covers and other bonus material. At 160 pages and measuring 12” by 17,” this Artist’s Edition will amaze and delight fans this May!