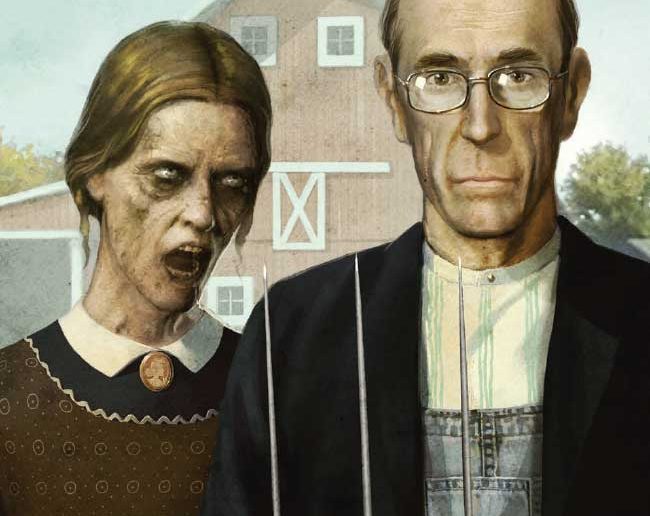 Rot & Ruin #4 (of 5)
Jonathan Maberry (w) • Tony Vargas (a) • Alex Ronald (c)
Faced with the terrible realities of Farmer John’s community, Benny, Nix, Lilah and Chong know they have to escape. But they are caught between guards armed with assault weapons on one side of the fence, and an endless legion of zombies on the other. There’s a saying in their world: “In the Rot & Ruin, everything wants to kill you.” NY Times best-selling author and multiple Bram Stoker award-winner, Jonathan Maberry and artist Tony Vargas ratchet up the action as Benny and his friends are forced to make terrible choices in order to survive.
FC • 32 pages • $3.99