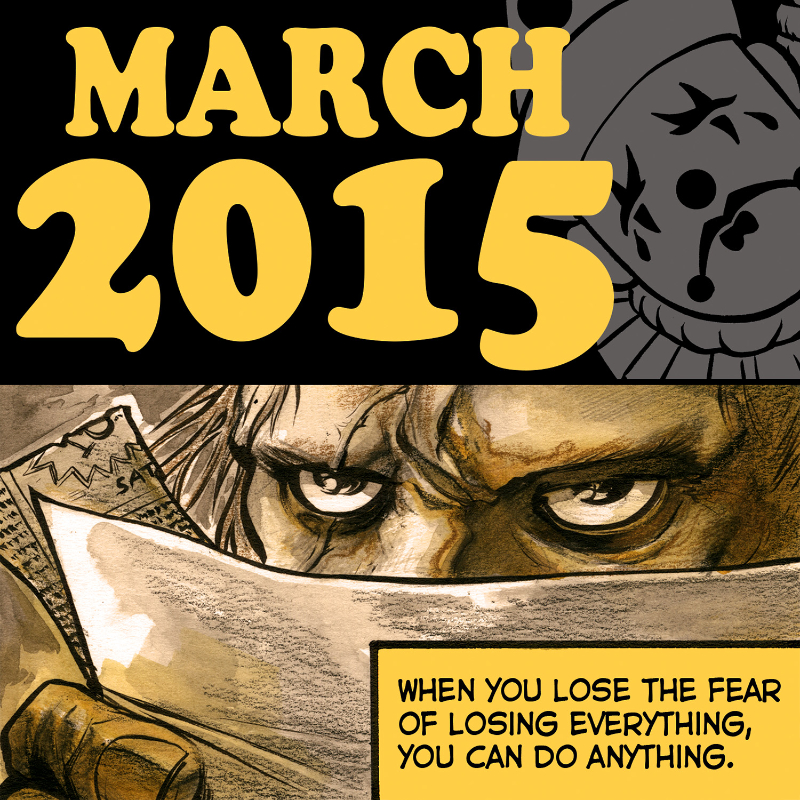 Eric Powell, Eisner award-winning creator of The Goon, teams up with Tim Wiesch for a brutal crime drama steeped in mystery this March 2015.

In BIG MAN PLANS, even the most marginalized in society can exact revenge if they don’t care how they do it.

The two have discussed the project since late 2012, going back and forth over texts, emails, and phone calls. “This project was born out of drunken conversations Tim Wiesch and I had while I was a vagabond living in his basement for a month,” admitted Powell. “This is what happens when kids of construction workers get really drunk for a long period of time and are given a creative outlet. This book is nothing but brutality and in a weird way the most noble project I’ve done. If people don’t freak out over this thing, my entire @&$%ing career has been a lie!”

Wiesch added: “This is going to be dark. Very, very dark. What’s been amazing is working with someone who doesn’t flinch when you offer up an incredibly visceral or painful part of the story but instead wants to help push it even further.

“When we were coming up with the story, we were looking for a way to embody a truly marginalized version of a man without just playing with worn-out tropes and comic clichés. Someone that would never be even remotely considered tough, let alone as the violent specter of revenge and death that we were looking for. No super powers, no crazy martial arts. Just a man driven beyond his own limitations by rage.”