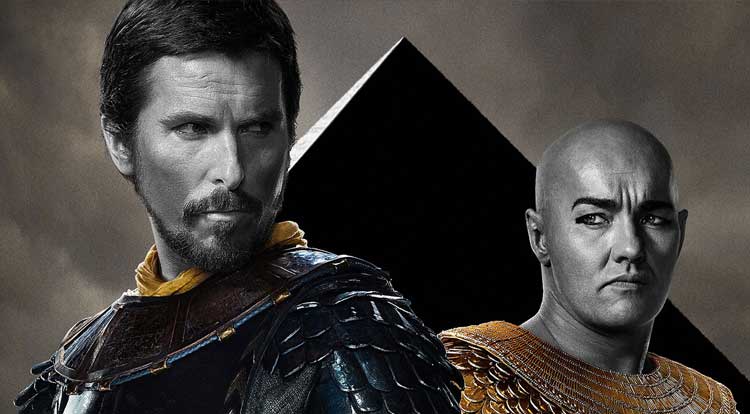 Ridley Scott is bringing  a new Biblical Epic to theaters this year with Exodus: Gods and Kings. Ridley Scott and Christian Bale discuss the story and characters in a new featurette.

On this week’s Zach on Film (which hasn’t been released yet) we discuss Ben Hur. A film about a Judaean Prince whose life crosses paths with Jesus during the time of Roman rule. During the show we discuss the nature of films that take on a Biblical narrative, why studios, especially now, continue to make them, and the backlash they can receive from both those in the faith and outside of it.

Last year Noah came to theaters helmed by Darren Aronofsky, which did moderately well both with the critics and in the box office. The film did face a huge outcry from many Christian churches and individuals for “deviating from the source material” with many people outright calling for a boycott of the film. Actions like these might not be too far away for Exodus either as Christian Bale already ruffled a few feathers by calling Moses “schizophrenic” and “barbaric” in a recent interview. As the movie gets closer to release date and immediately following I won’t be surprised when churches call for a boycott of this film also.

Film, religion, and the depiction of it in film is a topic that I love discussing and one worth talking about. Listen to this week’s episode of Zach on Film to hear more than just my thoughts on the matter and don’t forget to throw your own into the mix by commenting on the episode page or down below here!