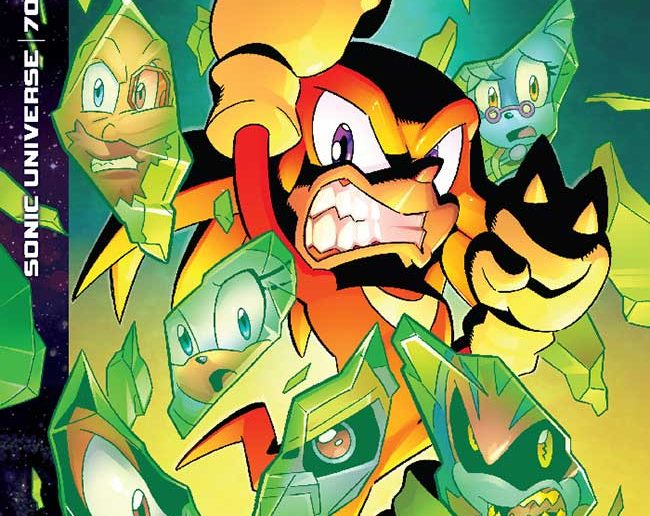 Knuckles and Shadow must end their duel—because Eclipse has escaped with the Master Emerald! Can the two chaos-fueled warriors stand up to the power of the Dark Arms? Knuckles may be forced into the one choice he doesn’t want to make! Don’t miss the sense-shattering finale that will change the shattered world crisis and the Sonic comic landscape as we know it!