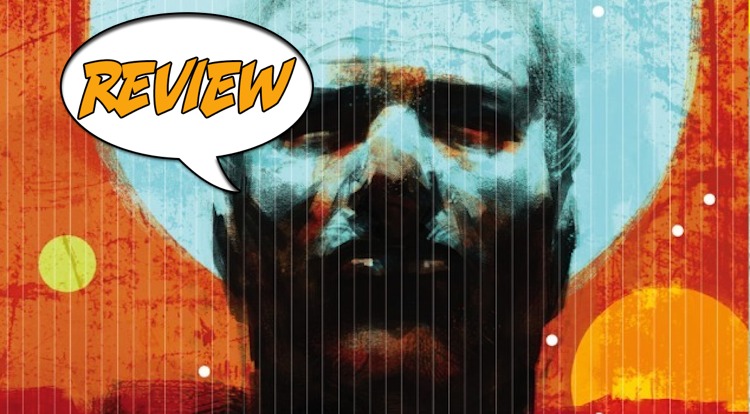 A man lost on an unknown planet, trapped with nowhere to go and no way out.  It’s a familiar story, one that Image Comics’ new series, Drifter, follows.  But does Drifter add anything new to the formula?  Read on and find out! Ivan Brandon has created an entertaining, albeit familiar science fiction comic about shuttle pilot Pollux, who has crash landed on a planet.  When he wakes, he finds that the world isn’t as alien as he thought and meets other humans.  The people live in a ghost town (named Ghost Town from what I assume was lack of time to think of something better) but the how and why they’re there aren’t given.  Whether they’re stranded like Pollux or regular inhabitants is unclear.  These and other questions I found problematic and led to the issue feeling unfocused and aimless.  There’s so many things and people introduced that each one doesn’t have a lot of time to get fleshed out.  Granted, it helps to portray the confusion that Pollux must be feeling but even he is a mystery.  Much of the issue is setup, and a very basic one at that.  Brandon writes the inner dialogue well and there are a couple of neat sci-fi concepts, the bar’s smoke beverage being one, but the rest is very vague.  I felt a bit lost and like I was missing something.  With a story that’s been seen many times before, it’s beneficial to add something unique to make it stand out.  Unfortunately, there is little that grasps the attention and I too felt like I was drifting throughout.  The cliffhanger has some intrigue and my interests piqued, but it too isn’t altogether original.  If not for the ending and pure curiosity, I wouldn’t be coming back for issue two.

If there was one thing that blew me away in Drifter #1 it was Nic Klein’s art.  Every page is fantastic and no space feels wasted nor rushed.  Details are great and everything has been so well thought out and drawn that the reader really feels immersed in the world.  Facial expressions convey emotion in even the subtlest ways and are extremely effective in working with the story.  Coloring has a painted look to it and dark scenes pop.  Nothing feels washed out or dull.  Considering it’s set in a desert-like environment, that’s quite an accomplishment.  Klein’s work made up for whatever I found lacking in the story and made it a more enjoyable read.

BOTTOM LINE:  NOT ENOUGH TO GO BY

Drifter #1 wants to tell a cool story that slowly unfolds but there are too many questions left to be able to tell if it will be something original.  So far the story is fairly typical with some neat concepts but I felt like I had missed something crucial.  That’s not a great feeling to have for a first issue and does little to hook a reader.  The ending has me a bit intrigued and I may give the second issue peek.  Nic Klein’s art is so great that it distracted me from the story’s shortcomings and kept the issue from feeling like a disappointment.  If you’ve got the time, Drifter #1 might be a fun read but I can’t recommend a purchase.