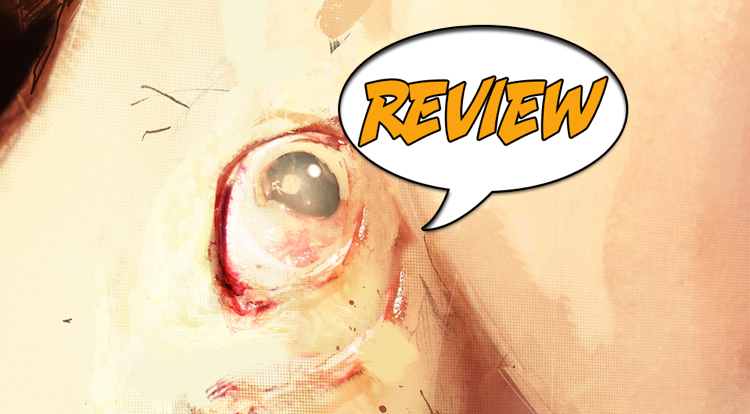 The first issue of Wytches was an eerie, atmospheric and somewhat terrifying opener for a series that asks: “Who Would You Pledge?”  Issue two came out this week and Major Spoilers dug in to see if we’d regret our choice.  (Hint: It was Matthew!) Your review awaits! Previously in Wytches:  A young girl Sailor, witness the trees kill her long time tormentor.  Of course everyone else thinks she’s troubled and possibly responsible.  Seeing she’s clearly traumatized, her father moves the family to a new town in hopes of a fresh start.  There’s something in the woods and it’s following them.

I was quite blown away by Wytches #1 and thought it was a wonderful and original take on the witch.  There was great atmosphere in the book and it was creepy cover to cover.  I’m glad to say, issue two didn’t disappoint.

Snyder has perfected the “slow burn,” able to move the story along at a slow pace while giving the reader just enough new information that the story doesn’t feel like it’s treading water.  Granted, it’s only the second issue but it’s clear that Snyder has the story planned out.  I’m steering clear of spoiling the book because so much of the issue is surprise after surprise that the fresher you go in, the better.  There is so much suspense ramped up, by the end I was almost mad that I couldn’t read more.  Atmosphere is the name of the game with this title and Wytches has creepiness all over it.  It truly feels like a horror movie, one that builds its suspense rather than delivering shock for shock’s sake.  Films like Amityville Horror or Suspiria come to mind, where the setting is a character and the source of the scares.  I’ve never had much desire to go into the woods, but after reading Wytches, I’m pretty sure I don’t ever need to.  When the characters enter the is a sense of dread and you know nothing is going to come (and it doesn’t).  Snyder has created a kind of witch never really seen before; more a haggard creature than an old green woman.  It’s truly stuff of nightmares.  There’s nothing I didn’t enjoy about this comic and I’m eagerly awaiting issue three.

AM I SEEING THINGS?

I can’t think of any artist better suited for this book than Jock.  Seeing the witches and woods depicted by another artist just wouldn’t have the same effect.  Not only is his style, jagged and gritty, perfect but there are so many subtleties that had me glancing over the pages multiple times.  The scenes in the woods had me looking twice, questioning whether I was seeing the witches peeking from behind a tree or just branches.  Matt Hollinsworth’s coloring is a bonus as well.  When strange things start happening, there is ever so slight spotted colors overlaid on the art.  Transparent streaks and splatters resembling blood are thrown across the page and it adds to the dream like state of the story.  It’s insanely effective work on all fronts and is just another reason why this is one of the best books out.

BOTTOM LINE:  BUY IT OR BE PLEDGED

The feeling I have after reading Wytches is the same that I had after first reading Walking Dead.  This is some truly wonderfully original stuff and I want everyone to read this book.  It’s creepy, atmospheric and, most importantly, scary.  Snyder and Jock have hit a nerve and like all good horror creators, continue to dig at it.  Fans of sinister, slow burn horror absolutely need to buy this.  Those who find mangled creatures, mysterious lumps on the body and the woods at night frightening may want to stay away.  I take that back, this is the perfect horror comic for you.

Wytches is a perfect horror book. Creepy, suspenseful and disturbing. Buy it or be pledged.