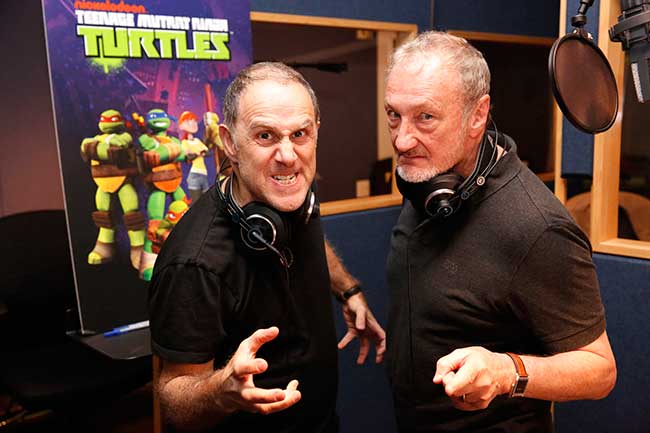 Englund lends his voice as Dire Beaver, the leader of the group, and Dark Beaver, the vicious, monstrous and evilly intelligent one, while Kassir plays Dread Beaver, the maniacal and cruelest of the lot, and Dave Beaver, the silliest of the pack.  In the new episode, “In Dreams,” each Beaver targets a different Turtle using various methods.   These creatures, which feed off dreams, trap the Turtles inside their own dreams, so April and Casey must find a way to wake them up.

The fun continues on Saturday, Nov. 15, during a brand-new episode of Sanjay and Craig at 10:30a.m. (ET/PT).  During “2 Tuff 2 Watch,” the kids stage a Tufflips movie marathon and find that staying awake through every cheesy flick proves tougher than they expected. Then in “Cuddle Buddy,” Craig becomes desperate for cuddling after he sees the neighborhood pets receiving so much tender affection.

Up next, viewers will discover the premiere of Breadwinners, “Space Ducks/Kettastrophe” at 11:00a.m. (ET/PT).  In “Space Ducks,” strap on your helmets and hold on to your tail feathers because SwaySway and Buhdeuce are delivering bread in space.  Then in “Kettastrophe,” when Ketta crashes at the Swamp Pad, her home modifications drive the guys whoa‐ma‐gosh quazy.