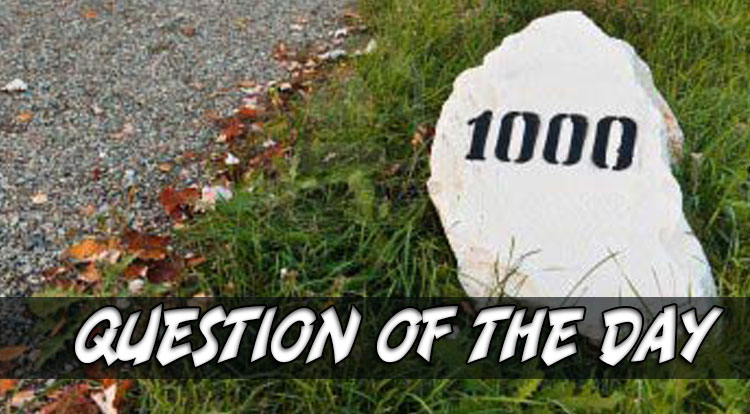 Next week, the Major Spoilers Podcast hits issue #600 – a milestone issue to many. But what is so important about a number with two or more zeroes at the end? Is it because we think something important has happened? Is it tied to a date or the performance of a show? Perhaps it is simply bragging rights.* There are hundreds of podcasts that have passed the 600 episode mark, mostly because they have a daily or multiple times per week release schedule, so hitting 600 doesn’t seem like that big of a deal.

The MS-QOTD lands on your lap today asking: Should we celebrate episode 600 of a podcast or not?

* For those wondering, to date the Major Spoilers Podcast Network has produced and released 1,425 episodes.