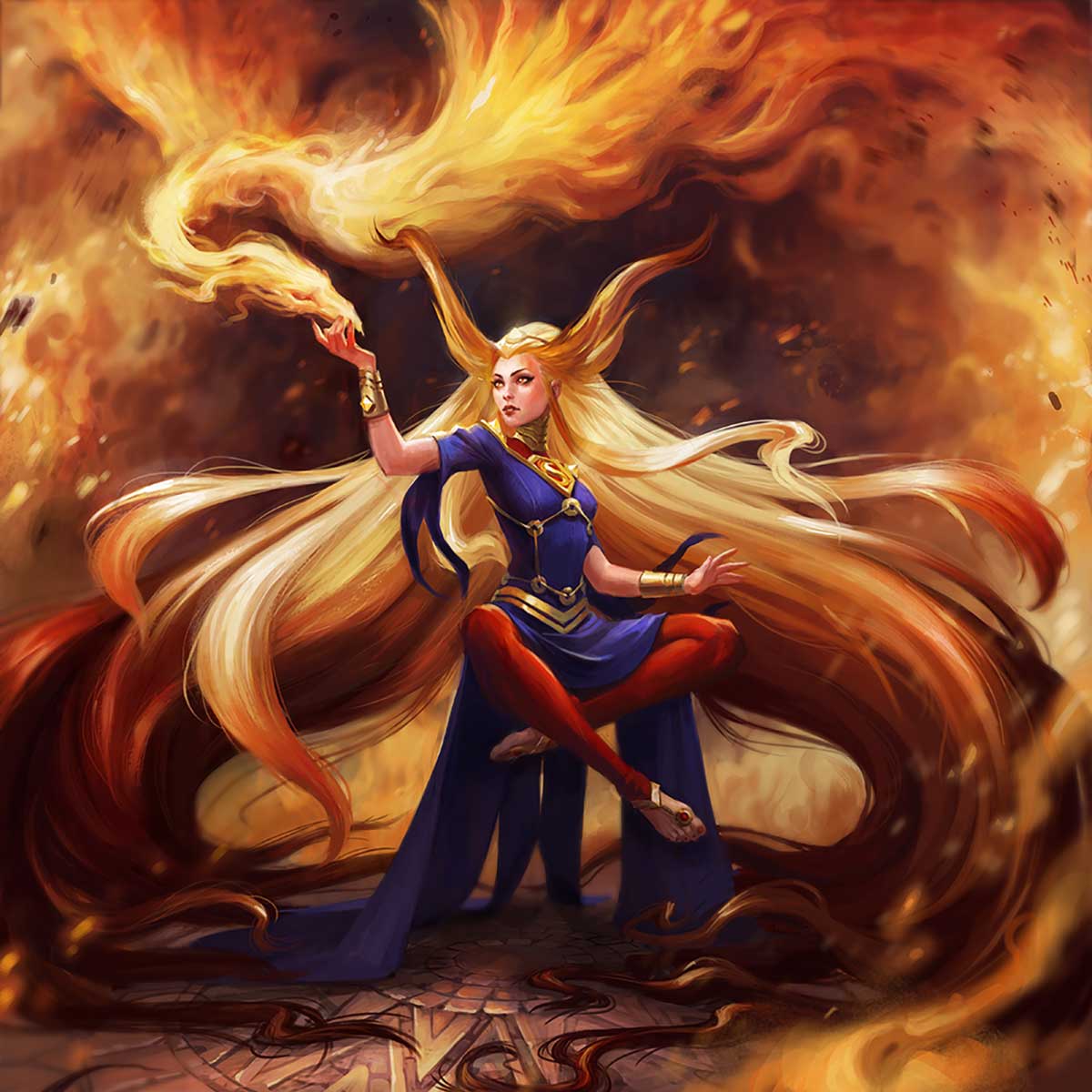 Get an early look at Arcane Supergirl, a powerful blaster and the latest champion from Infinite Crisis  the free-to-play MOBA from Turbine based in the DC Universe! On Wednesday, November 26, players can burn down their enemies when Arcane Supergirl goes live in the game!

On the day Kara Zor-El was to be inducted into the ranks of Heralds of Rao, her life was shattered. A traitor revealed the location of the Shrouded Realm of Krypton to the Black, and servants of that evil realm poured into Krypton.

The Hidden Lords of Krypton and the Kryptonians fought back bravely, but the forces of the Black were limitless. When all hope seemed lost, Alura, Kara’s mother and leader of the Heralds, commanded her Flamebird mount to snatch Kara away. Unable to escape the beast’s talons, Kara watched helplessly as her mother was struck down. The servants of the Black closed in on her as the beast teleported to Earth, a planet in the lower realms.

Her home forever lost, Kara swore that no matter the cost, Raos last Herald would have revenge on the Black.

Able to summon firebird and flame at will, Arcane Supergirl soars into Infinite Crisis, joining the roster as of November 26th!Want to roast your enemies wit…