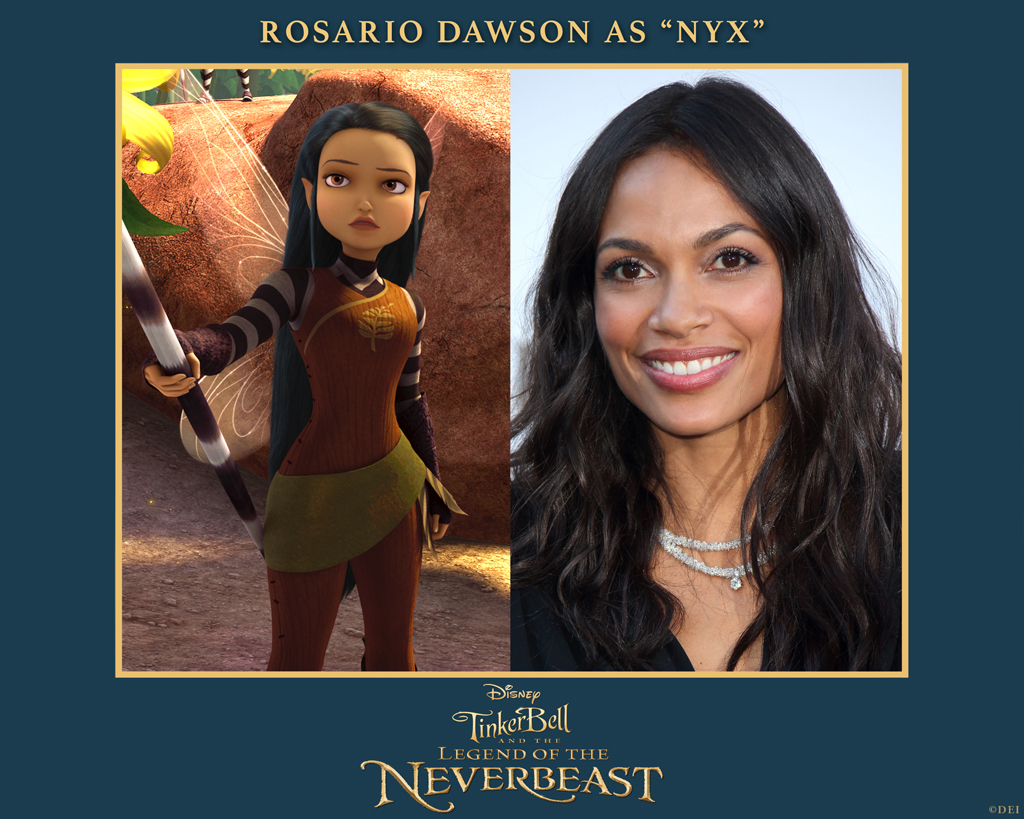 In Tinker Bell and the Legend of the NeverBeast, the scout fairies are charged with protecting Pixie Hollow.

They are agile and athletic with a keen ability to spot trouble before it gets out of control. Nyx is a Scout Fairy charged with protecting the luscious land of Pixie Hollow and all of the fairies who reside there. A true professional who takes her job very seriously—maybe a little too seriously—allowing facts and logic to guide her every move.

Rosario Dawson joins Ginnifer Goodwin (Fawn), Mae Whitman (Tinker Bell), Megan Hilty (Rosetta), Lucy Liu (Silvermist), Raven Symone (Iradessa), and Angelica Huston (QueenClarion). If you haven’t watched this series of films, they are quite popular, and well done. If you are looking for something to watch on a lazy Sunday afternoon, the Tinker Bell series is worth a look.

Tinkerbell and the Legend of the NeverBeast arrives on Blu-ray on March 03, 2015.