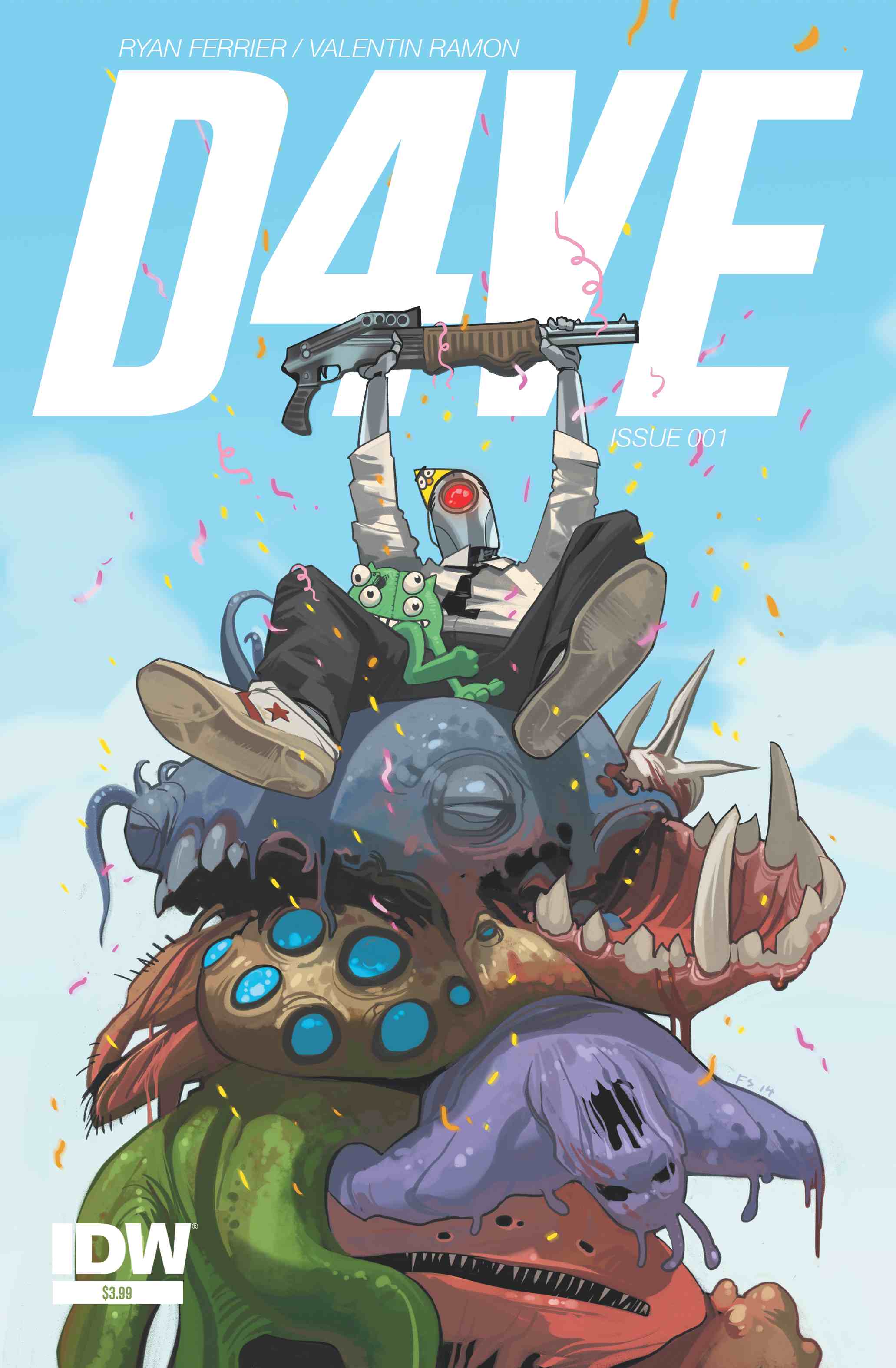 The partnership between IDW Publishing and Monkeybrain has brought some of the most critically acclaimed digital comic-book series to an entirely new readership, and both are pleased to welcome another to the printed page: D4VE.

A war for Earth was fought and the robots have won but the results are far less “brave new world” and more of the “same old, same old.” Starting February 2015, fans of print comics will get the opportunity to meet D4VE, a great robot war hero who now is trapped behind a desk at a soul-sucking day job.

D4VE is the brainchild of series writer Ryan Ferrier and artist Valentin Ramon. In the five-issue series, D4VE battles traffic, mortgage payments, and the mundane when all he wants to do is battle monsters like in his glory days. But those days are gone…right? Little does D4VE know that something big is going to help snap him out of this mid-life: crisis.

“D4VE is a story so close to our hearts, and to be able to bring our special brand of bizarre to the monthly print market is, frankly, insanely freaking cool,” said series writer, Ferrier. “Monkeybrain blessed us with the opportunity to tell this story digital-first, and IDW is the perfect home—one built on unique and daring storytelling—for our madness to reach even more readers. We’d have to invent a new word to express our excitement, so we did: we are totally superextribbulated for D4VE to come out through IDW.” “Having D4VE find a new audience in print through IDW is a huge honor,” said series artist, Ramon. “They are a publisher that inspires so much of what we have aimed to do with our story—pushing boundaries and expectations, featuring characters you can connect with. We hope our readers love D4VE as much as we loved creating it.”

Come early 2015, you can check out the five-issue miniseries that Bloody Disgusting calls “a master class in robotic mid-life crisis… ripe with laughs” and featuring a first-issue cover by Fiona Staples (Saga).