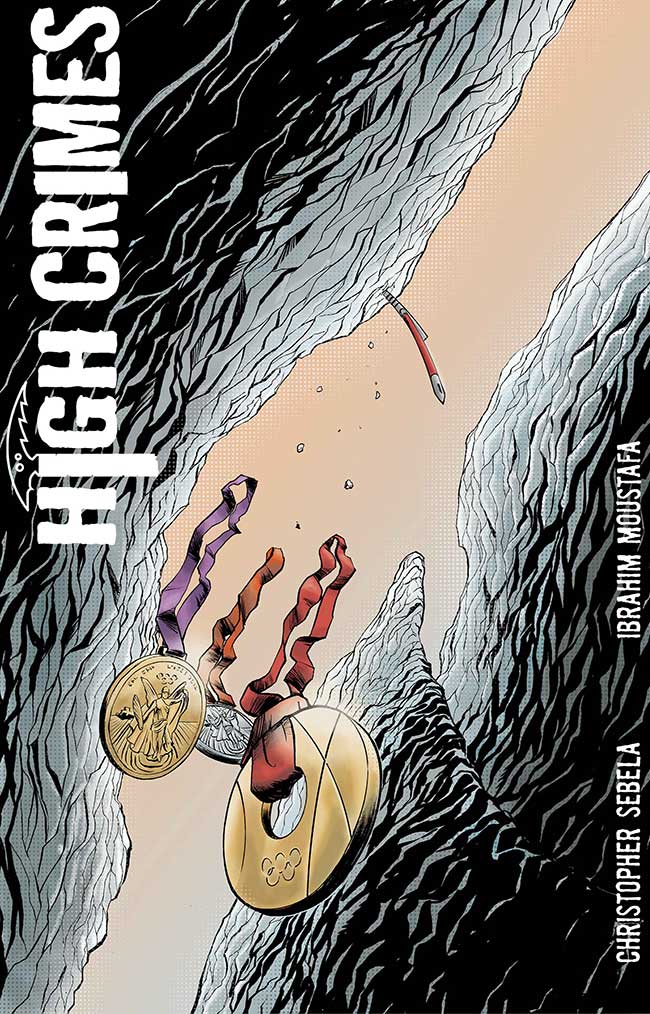 High Crimes #8
Writer: Christopher Sebela
Artist: Ibrahim Moustafa
Price: $0.99
Pages: 22
Rating: 17
Reeling from the thinning atmosphere and the aftermath of a friend’s death, Zan Jensen is closer than she’s ever been to her dream summit of Everest. As she tries to figure out how to save Haskell, herself and the treasure map of secrets buried in Sullivan Mars’ body, her race against the Strange Agents takes an even deadlier turn into nightmare territory.