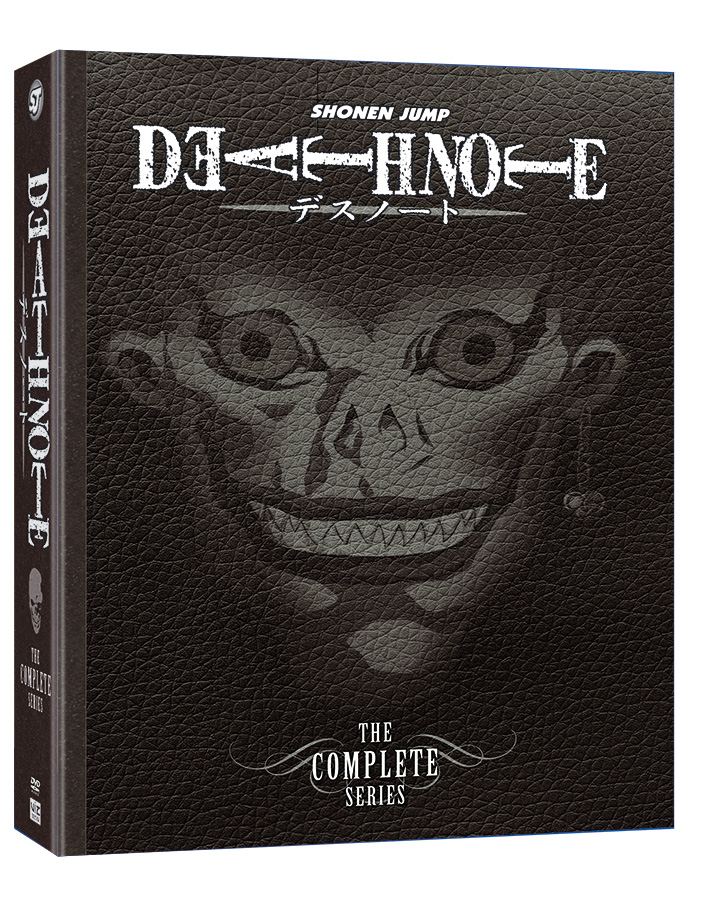 VIZ Media delivers one of the greatest anime series to ever come to North America in a comprehensive complete collection with the release of DEATH NOTE: THE COMPLETE SERIES on November 18th.

The new set is sure to capture the attention of anime fans and collectors and contains all 37 episodes of the acclaimed paranormal crime thriller on 10 DVDs. DEATH NOTE: THE COMPLETE SERIES will carry an MSRP of $44.82 U.S. / $52.99 CAN.

The DEATH NOTE anime series is based on a bestselling manga series written by Tsugumi Ohba and illustrated by Takeshi Obata. Light Yagami is a genius high school student who is about to learn about life through a book of death. When a bored Shinigami, a god of Death, named Ryuk drops a black notepad called a Death Note, Light receives power over life and death with the stroke of a pen. Determined to use this dark gift for the best, Light sets out to rid the world of evil … namely the people he believes to be evil. Should anyone hold such power? The consequences of Light’s actions will set the world ablaze.

Also catch the complete 12-volume DEATH NOTE manga (graphic novel) series (rated ‘T+’ for Older Teens), published in print by VIZ Media and available as individual volumes, 2-in-1 omnibus “Black Editions,” and also as a collected manga box set. The manga series also is available digitally from VIZManga.com and the VIZ Manga App as well as from a variety of digital partner’s proprietary platforms.