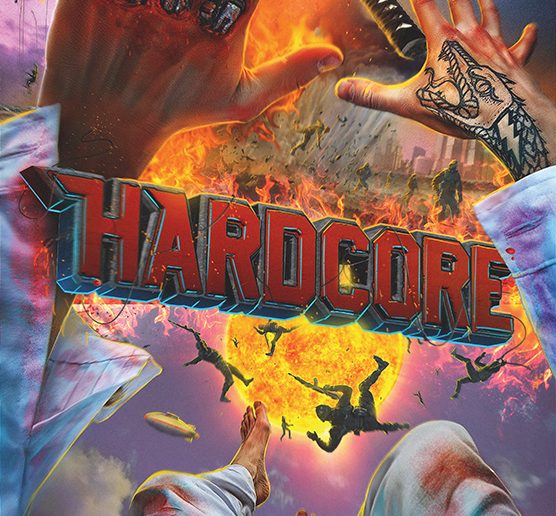 By Stephen Schleicher on November 6, 2014 0 Comments

Remember the very crazy action packed first person sci-fi video called Bad Motherf*cker? The creators are back with a new take on the first person narrative, with a full length feature film that is almost complete.

Bad Motherf*cker was so much fun, that it is hard to think the creators could top it. I think they did it.

HARDCORE is a modern, action Sci-Fi story about HENRY, a newly resurrected cyborg who must save his wife/creator ESTELLE (Haley Bennet) from the clutches of a psychotic tyrant with telekinetic powers, AKAN (Danila Kozlovsky), and his army of mercenaries.  Fighting alongside Henry is JIMMY (Sharlto Copley), who is Henry’s only hope to make it through the day. Hardcore takes place over the course of one day, in Moscow, Russia and it’s all shot in the same style as BAD MOTHERFUCKER to be released in cinemas worldwide.

Check out the camera rig that they used to film the feature, and then check out the first sample of the flick:

When will we see this non-stop piece arrive in theaters?  According to Ilya Nailshuller the movie is shot and nearly edited,  but they need a bit more money to finish it up right. Their IndieGoGo campaign needs $250,000 to do the final audio mix, clean up the wirework, add more special effects, and color correct the piece.  Even if you don’t want to help fund the project, the above sample is certainly cool and will occupy a few minutes of your day.