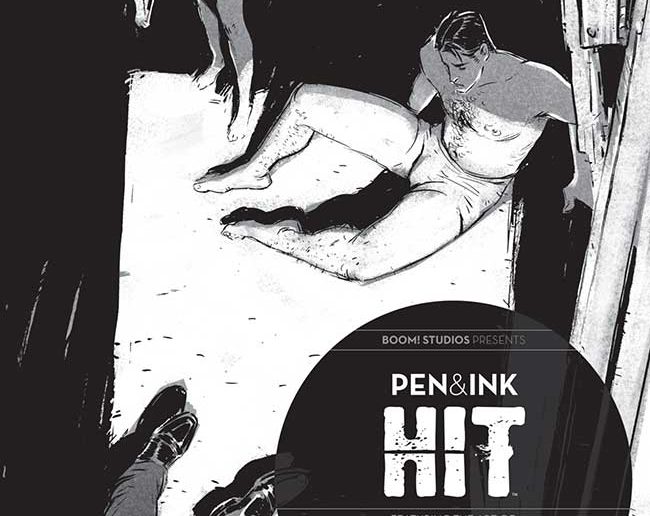 Hit: Pen & Ink #1
Writer: Bryce Carlson
Artist: Vanesa R. Del Rey
WHY WE LOVE IT: After the first Pen & Ink book focused on Brian Stelfreeze (Day Men), we wanted to shine the light on one of our new discoveries, the vastly talented and Russ Manning Most Promising Newcomer Award-nominated Vanesa R. Del Rey (The Empty Man, Zero). This edition takes a closer look at her timeless, haunting artwork on Hit, her comics debut.

WHY YOU’LL LOVE IT: Our Pen & Ink line is catnip for process junkies and for folks who just love “making of” stuff. This volume collects issues #1-2 of the Hit miniseries, presenting Vanesa’s original linework at the true artboard dimensions of 11” x 17”, complete with creative, behind-the-scenes commentary from both Vanesa and writer Bryce Carlson.

WHAT IT’S ABOUT: Gain a whole new appreciation of Hit, our critically acclaimed detective noir series set in 1955 Los Angeles. While infamous gangster Mickey Cohen rots in a prison cell, clandestine groups of LAPD detectives moonlight as sanctioned hitmen known as “Hit Squads.” Get a deeper understanding of the creative decisions that went into this series with insightful commentary by writer Bryce Carlson and artist Vanesa R. Del Rey.