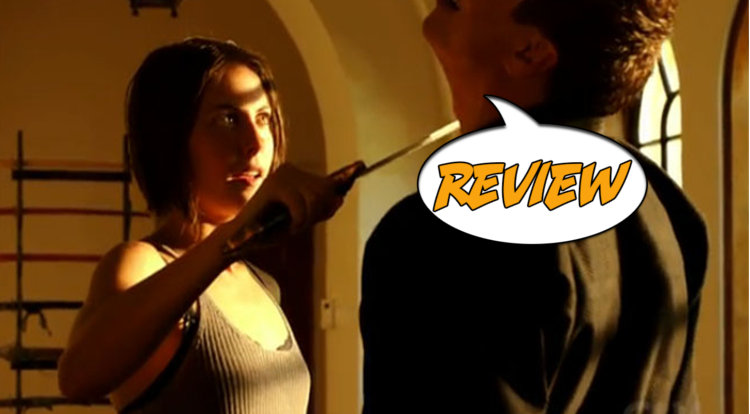 This episode takes a trip to Corto Maltese and sprinkles DC Easter Eggs across the hour. Previously on Arrow: Everybody except Oliver grieves, Laurel stares at Sara’s jacket and Tommy made a cameo!

Arrow season 3 episode 3 is called Corto Maltese – a name that many diehard DC fans will recall and be excited by. Early on Diggle (David Ramsey), jokes with Oliver Queen (Stephen Amell), about his family’s propensity for running away and hiding on islands and this sets the rest of the episode in motion.

Prior to this, in Corto Matlese’s pre-credits scene, viewers catch up with Thea Queen (Willa Holland), being trained by/fighting against her biological father Malcom Merlyn (John Barrowman), and as the episode continues it is revealed that he employs a lot of the extreme approach to training that Oliver himself is familiar with or has alluded to in previous episodes of Arrow. From the get go it is obvious that Thea has become a badass over the 6-month time gap between season 2 and season 3 and it’s refreshing to see Thea get to do something besides whining and crying. I’m hoping that this is writers Erik Oleson and Beth Schwartz forecasting Thea’s turn toward her comic book inspiration … but more on that later.

Oliver, Diggle and Roy Harper (Colton Haynes), set off for Corto Maltese, leaving Felicity (Emily Bett Rickards), back in Star[ling]City to work her new job fulltime and deal with every character demanding a surprising amount of information from her at any given time. For the most part Felicity is trying to deal with her first day at work under Ray Palmer (Brandon Routh). He immediately gives her some amazing computers and domain over Oliver’s former office. It’s not the most subtle moves on behalf of the writing team and show runners – Palmer is giving Felicity the respect she’s been seeking from Oliver and Team Arrow for two seasons now and she’s not even had to actually work for it yet. The drama brewing here is something I am very much looking forward to watching pay off in coming episodes.

The men of Team Arrow locate Thea, her work and her home fairly effortlessly and Oliver even goes so far as to go to her home (read as: Malcolm Merlyn)’s home and almost gets an arrow in the chest for his determination. The unnamed groundskeeper refers to Thea as “Mia” (maybe we’ll see her take up the Speedy mantle afterall). Roy approaches Thea at work and she spends a lot of scenes in Corto Maltese being presented with a litany of pleas for her return to America at the hands of the men who have lied to her the most.

Back in Star[ling]City, Laurel (Katie Cassidy), gets more and more screen time and it is, unfortunately, to the detriment of Arrow as a show and the episode Corto Maltese. In this episode another DC character is introduced – Ted Grant (a.k.a. Wildcat), played by J.R. Ramirez. In his CW incarnation Ted Grant runs a boxing gym and extends and invitation to Laurel to help her work out her anger through combat training. Long time Black Canary fans will recall that Dinah Laurel Lance (who later married Oliver Queen during Judd Winick’s run), was traditionally trained to fight by Ted Grant. In Arrow they are contemporaries, but Ramirez brings a definite maturity to the character and manages to keep his head above water and make the scenes he shares with Cassidy interesting, despite her own poor performance.

Back on the titular Corto Maltese, Diggle sets out – with help from Oliver and Roy, of course – to do a little work for Lyla (Audrey Marie Anderson), and winds up either betrayed and/or abandoned by A.R.G.U.S. which leads to an awesome fight scene that serves to highlight the fact that Stephen Amell does a lot of his own stunt work – including a some free running I’ve been hoping to see more of since the first season of Arrow – and that Colton Haynes does not.

Corto Maltese closes with Thea agreeing to return to the United States of America with Oliver, Roy and Diggle. Something about this little girl has changed and all of the men notice it, sometimes they comment on it and it bodes ill for coming conflict in the rest of the season.

The writers of Corto Maltese have brought something very refreshing to Arrow. This season the island storyline has become the Hong Kong storyline and it was nice to return to a tropical setting, even if all it was was a redressed Canadian set. Where the first two episodes were reestablishing the status quo and planting seeds for events to come, Corto Maltese was engaging, different and probably the best offering we have had to date.

Arrow season 3 episode 3 “Corto Maltese” flips your expectation of Thea, works to cement the relationship of the men of Team Arrow in the field and gives birth to a big dilemma for Felicity. It was near endlessly entertaining with strong performances by all but one cast member.

A new setting brings a lot of excitement to this episode of Arrow and Ted Grant is a new character who breathes life into some otherwise weak scenes.