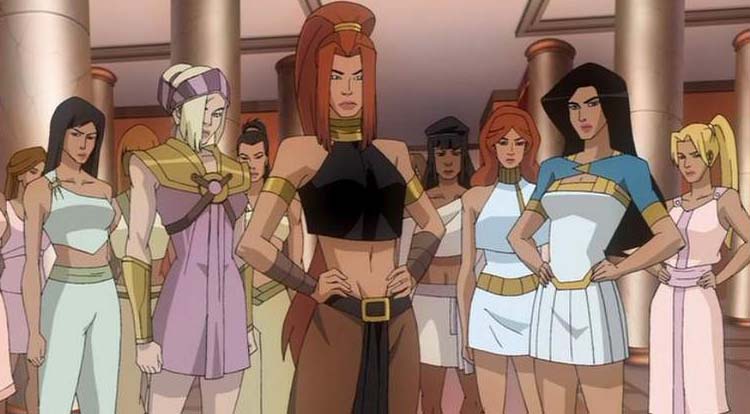 By RodrigoOctober 23, 2014No Comments3 Mins Read

It is Wonder Woman Week here on Major Spoilers and in order to celebrate everyone’s favorite ceramic-based demigod I put together a swanky Magic: The Gathering theme deck. Welcome to Paradise Island:

There are two important things to keep in mind when building a theme deck. The first is focus; Which aspects of the theme do I want to focus on? The second is functionality; does the deck actually do what I want? When I first approached this project I wanted to make a Wonder Woman deck, with all the face-punching, badguy-hogtying, bullet-deflecting, invisible-airplane-having fun of Wonder Woman.
That turned out to be super hard. Not because Magic: The Gathering doesn’t have all that wackiness going, but because it’s hard to play a face-punching deck without multiple creatures. So is that one Wonder Woman? Is that a different Wonder Woman? Are there two Wonder Women on the board now? I just didn’t like it.
So instead I decided to focus on an aspect of the Wonder Woman lore that would be more conducive to an exciting Magic deck. Finally I hit on Themyscira, Paradise Island, Wonder Woman’s supersecret home. Even then, the focus felt like it had to be narrowed. So here are the themes I ended up with: The biggest mechanical theme is “sisters helping sisters” and cards with Bestow make that extra easy. Each bestow card can be played as a creature or as an aura helping a creature already on the board. The best part? If the original creature gets taken out, bestow auras pop back into creatureness and are ready to fight.
From there we just add some cards that want to see enchantments like Eidolon of Blossoms; and cards that want to be enchanted like Kor Spiritdancer. Rounding out the deck are Font of Fertility, Oblivion Ring and Seal of Primordium, giving you enchanted-based mana acceleration as well as answers to whatever Man’s World throws at you.
A card of special note is Wheel of Sun and Moon; this deck can have explosive card-draw. Wheel of Sun and Moon is there to keep you from accidentally dumping your whole deck into your graveyard. Put Away also helps with this.

The most obvious in-theme additions would be planeswalkers like Elspeth, Tamyo and Nissa. Depending on which version you go with, they can add a lot to the deck.